*N.B. names have been changed to protect identities. Also this is just a load of made up bollocks*

The islanders have become so obsessed with discussing their ‘type on paper’ that they have decided to actually write down their types on paper.

Andy has been working on his list for 2 hours and has finally nailed it. Now when a new person enters the villa he can cross reference them against his list – he is dead clever like that! 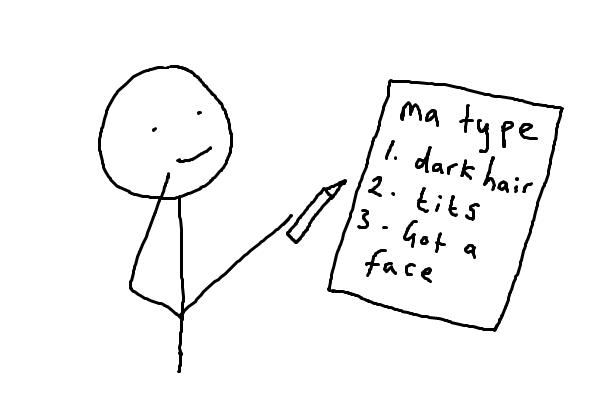 Lloyd asks about how personality factors into it and there is some confusion amongst the islanders with regard to what ‘personality’ actually is. Luckily Gav clarifies… 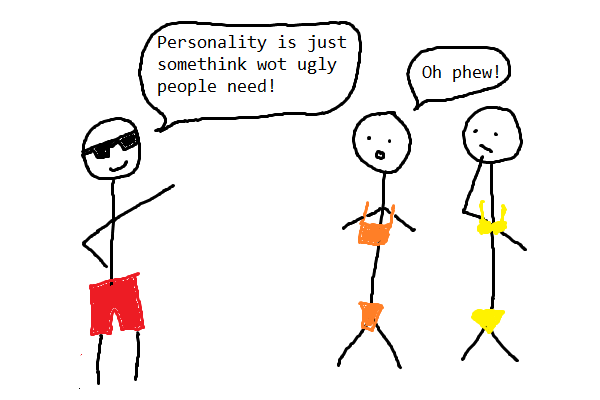 The islanders have been told to wrestle each other in a mud pit. No one is sure what the point of such a gratuitous task is (other than for them to all to perv on each other). The boys give each of the girl’s bums a score out of 10 and Chloe finds this throws her moral compass into turmoil… she is upset by the chauvinistic attitudes of her fellow housemates yet simultaneously elated they have rated her as having the best arse in the villa. 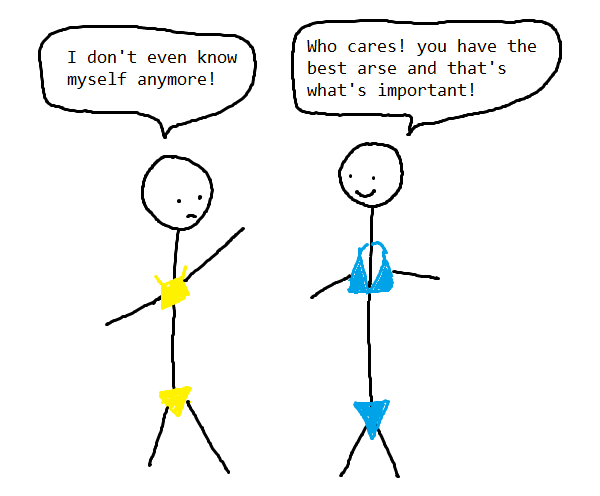 A new housemate called Matt arrives. The islanders excitedly wait to hear if he is going to be able to contribute anything new to the conversation, sorry I mean BANTAAAAAAAR! 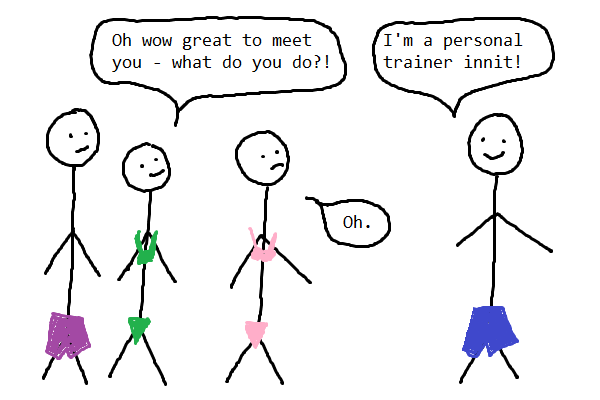 Sadly he is just another personal trainer. Mandy is worried he is going to cause friction in the house as he has better abs that Tony.

After lunch Rachel gets a text. She never gets texts so she is incredibly excited! The other housemates crowd around to hear the news. 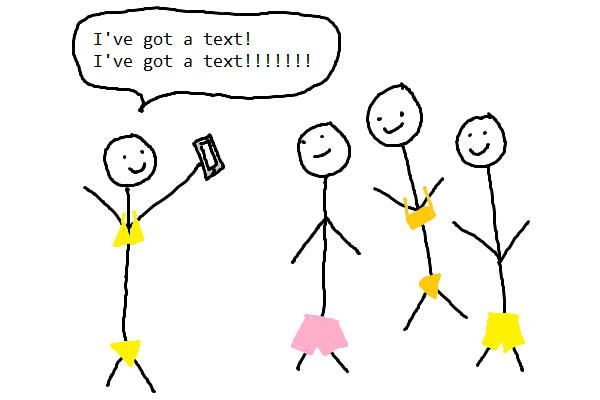 Unfortunately it is just a spam text telling her she could claim up to £3k in mis-sold PPI insurance.

Another new housemate enters the villa! Her name is Ruby and Andy thinks she is stunning! He gets out his list to check and she is literally 100% his type on paper. WOW he can hardly believe it – she has a face and everything! 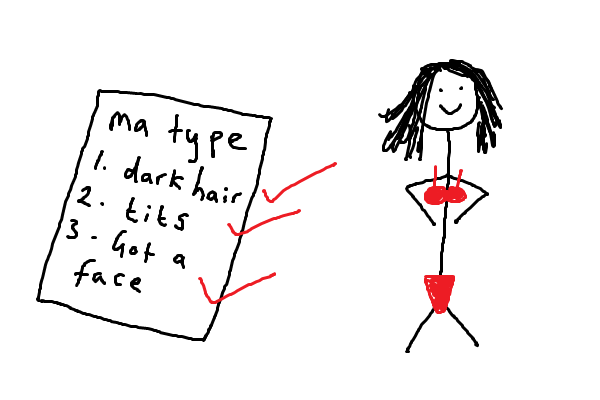 Andy wants to make a move on Ruby but the he islanders tell him he needs to put some hard graft in first. He gets confused and spends the day re plumbing all of the island toilets in 37 degree heat. She is not particularly impressed. 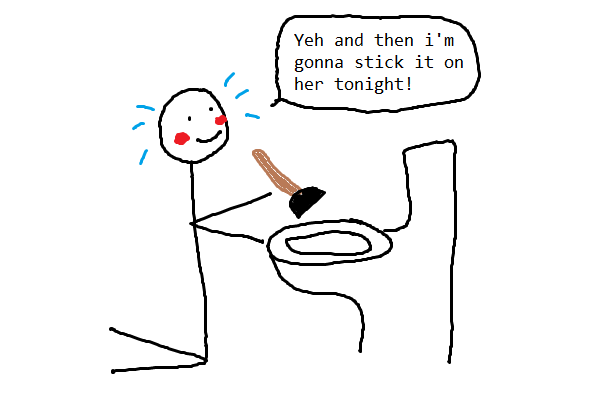 The day starts badly as Dave gets bean juice on his tight white jeans which means he risks being ostracised by the boys. He gets special permission from the production crew to go to the corner shop and purchase some Vanish equivalent. 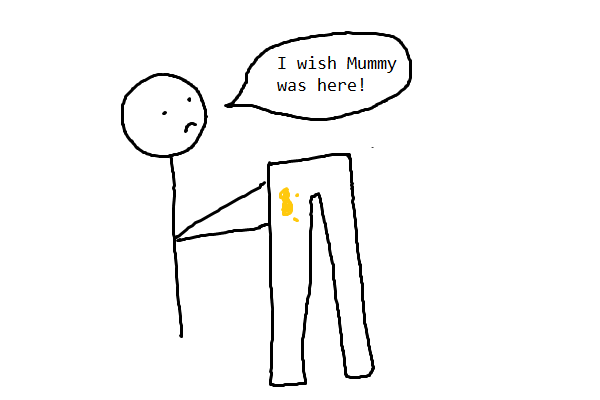 Matt is finding it difficult to settle in as he is not down with the love island lingo. Chloe told him he was being a ‘muggy melt’ and he went off and made her a mug of tea and a tuna melt sandwich. #facepalm 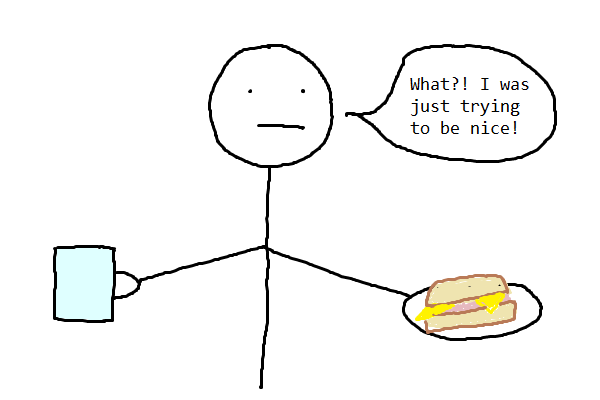 This is ‘Love Island’ NOT ‘Friend Island’ Matt! You have no place being nice here.

Ruby is considering coupling up with someone in order to achieve her dream of getting married and selling her wedding photos to Hello magazine. She could let Andy stick it on her but she thinks he’s a bit of a bellend and also their celebrity blended name would come out as #Randy and she’d prefer something a bit classier. 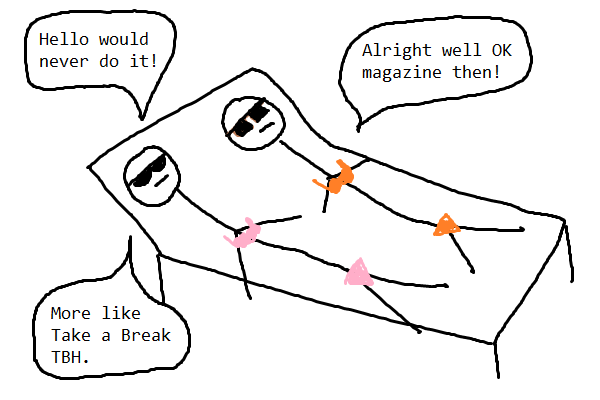 He tells Andy that she is being a snake and massively mugging him off. He reckons he should keep his options open as someone new might come into the villa who is even more 100% his type on paper. 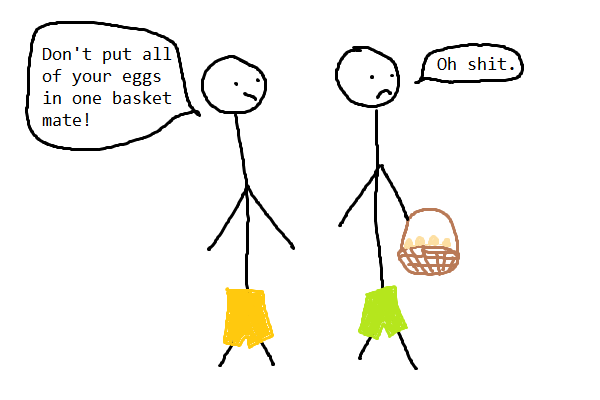 Around the pool the islanders are talking about what they will do when they leave Love Island. Chloe would like to audition for Ex on the Beach, Tina would like to launch a range of eyebrow transfers and Lloyd is looking forward to a career promoting protein powder on Instagram.

Tom does not want to leave and gets very upset just thinking about it – he doesn’t want to live in a world where there are fat people and cellulite. It scares him. 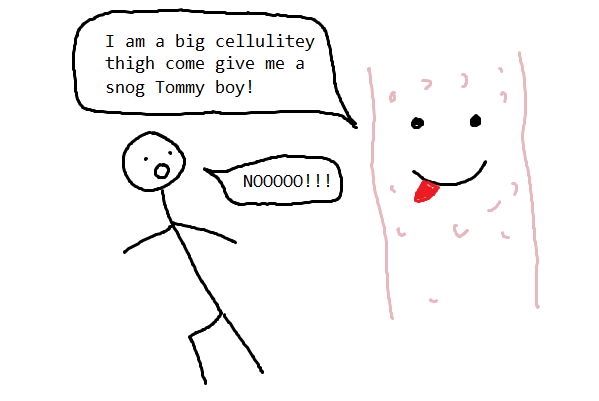 In other news the word ‘muggy’ has been mentioned 247 separate times today. The mugs are finding the obvious persecution difficult to deal with. 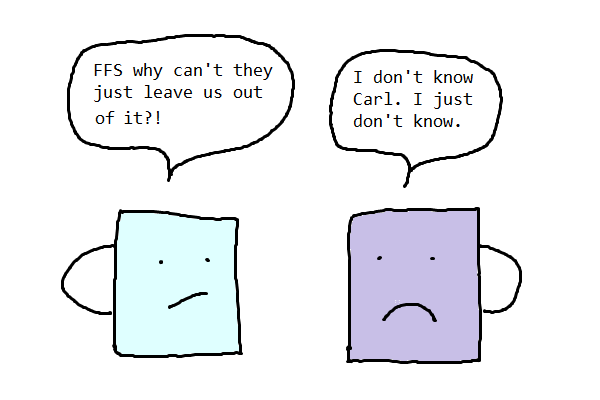 The atmosphere in the villa is a little flat so the boys gather everyone together to entertain them with their latest rap. 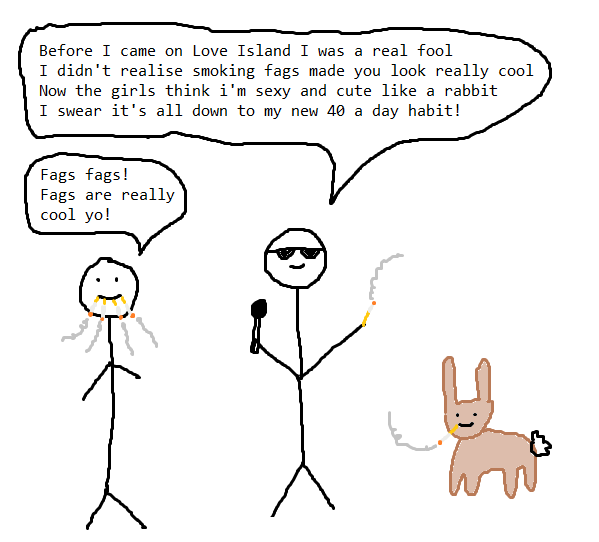 In the evening there is a recoupling. Andy is dumped from the island after Ruby pied him off for Carl, the mug, which was the muggiest thing anyone had EVER seen in the history of mugland!

Tune in tomorrow to find out the groups reaction to the new power couple Carl and Ruby (#Carby) AND we send in 5 more islanders into the villa (all of which are personal trainers). 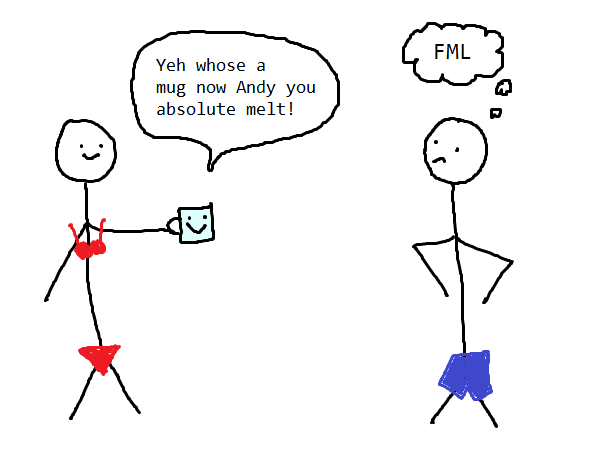