It is the night before World Book Day and Mummy is happily dicking about on social media and ignoring the twins when she sees a new post pop up on the on the school facebook page. 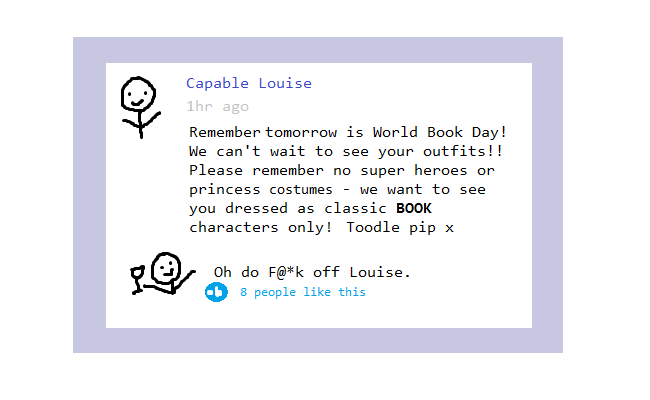 Oh dear. Mummy has forgotten about World Book Day because she has a life, a job, 726 unread emails, a damp problem in the hallway, parcels to drop off at the post office, undiagnosed back pain, red final reminder bills, hardly any food in the house, an itchy head (nits? again!), washing that has been sitting in the machine for two days, PMT and 15 million other things on her multiple to do lists.

Why does it always seem to be world book day?!!?! And why didn’t her children bother to remind her! 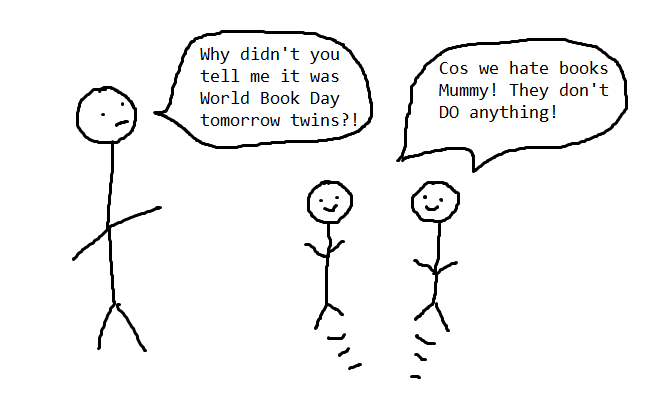 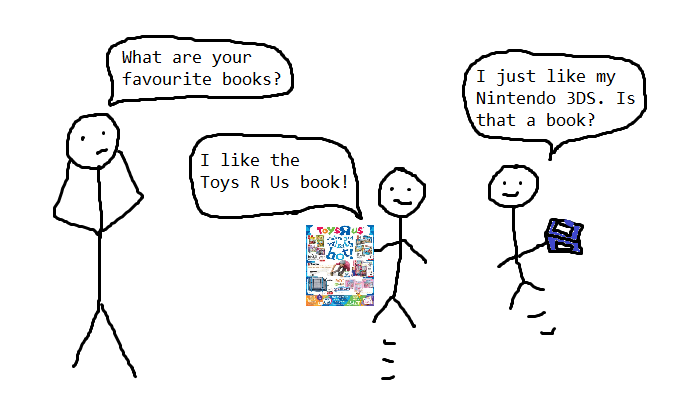 Mummy cannot send the twins to school clutching the Toys R Us catalogue and a Nintendo 3DS so she phones Daddy and asks him to go shopping on the way home and get the twins ANY costume that is in ANY book.

He comes home with two Harry Potter outfits so the twins can be dressed exactly the same as thousands of other kids for the simple reason that it was all that was left in Tesco’s – because that is surely the true spirit of World Book Day! 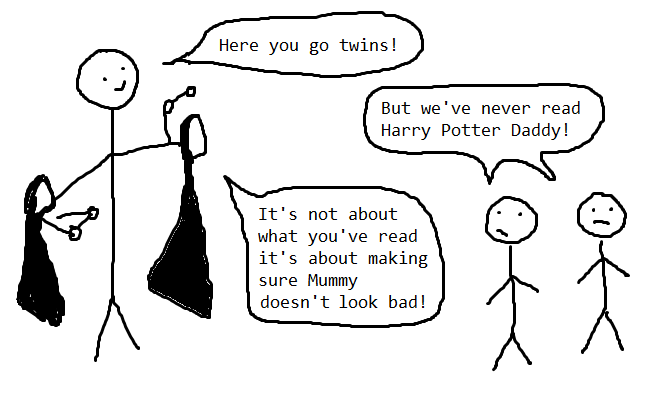 The twins are very excited about their outfits and put them on right away. Mummy says they can sleep in them because she realises that this means she won’t have to get them dressed in the morning. 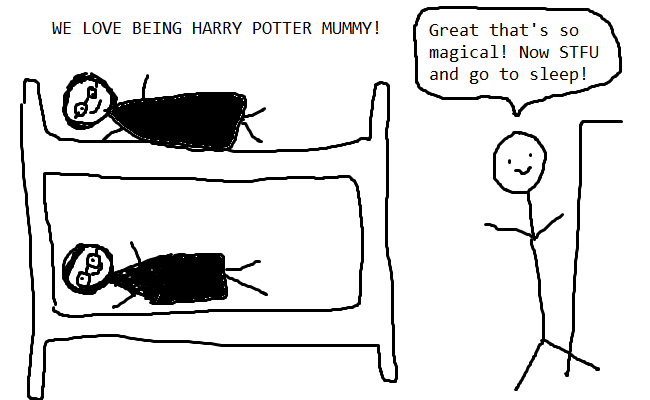 The next day the twins wake up and decide they hate the Harry Potter outfits and refuse to wear them!

Tim will only leave the house dressed as a Teenage Mutant Ninja Turtle and Topsy refuses to wear any costume at all. Mummy will have to improvise!

On the way to school they bump into Tony Welch. Tony Welch’s mum only remembered about World Book Day this morning and has resorted to tying a packet of sausages around his neck. 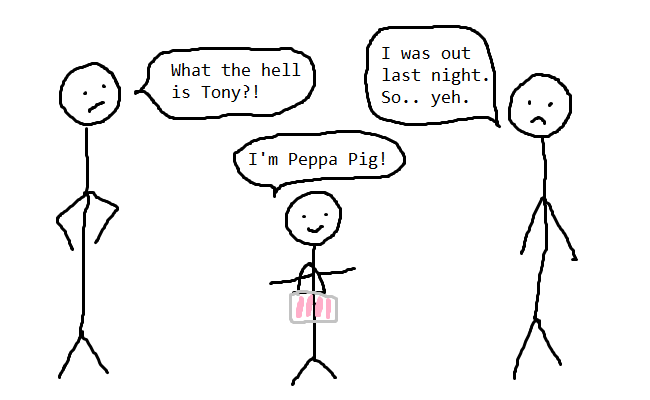 Then they bump into Capable Louise whose children are dressed as the ensemble of Alice in Wonderland. Louise has been preparing the costumes for six months, did you know they were spun from organic lama wool imported from Bolivia?

Well you do now! 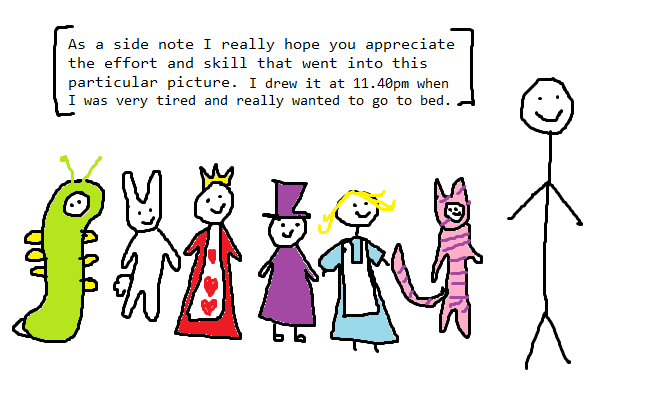 She looks suspiciously at Tim… 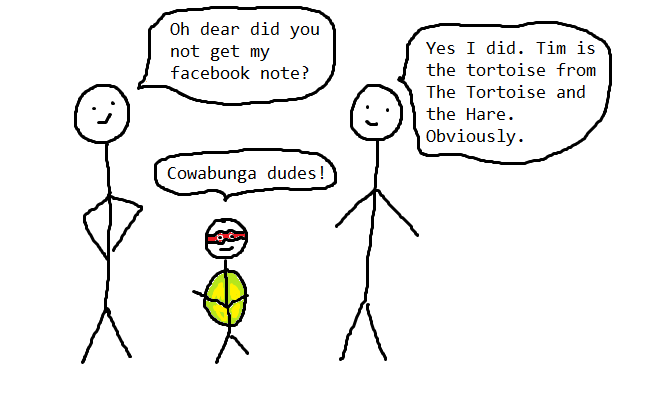 She looks disappointed with Topsy… 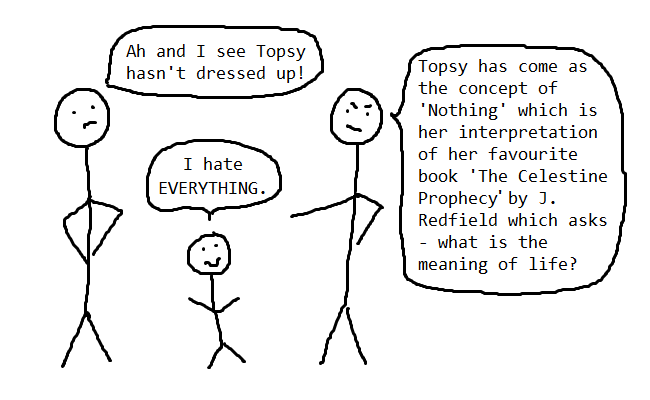 Mummy starts to feel a bit cross. Why must Louise always look down on her so?

There was nothing else for it. Louise needed a good old fashioned dressing down!

‘Hey Louise. You think you are so capable huh?!! Well yes… you probably are but don’t go putting down other people just because they don’t have time to hand sew World Book Day outfits from imported Bolivian lama wool! Some people have other more important things in their lives than World Book Day – like jobs and friends and binge watching Gilmore Girls on Netflix! And OK my kids may not LOVE reading but we DO STILL READ! They still like books OK!’ 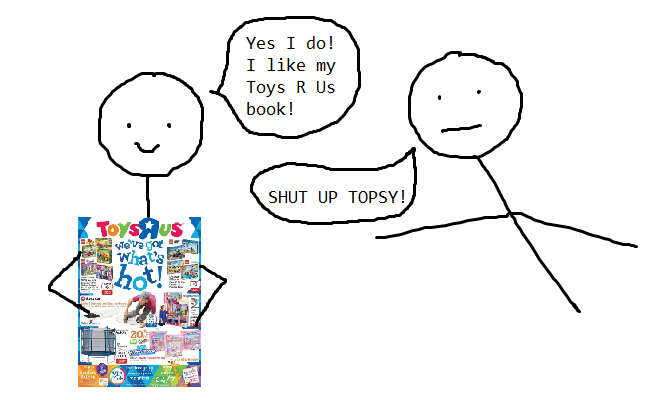 ‘…It’s just sometimes they might prefer playing a computer game – what’s so wrong with that?!’ 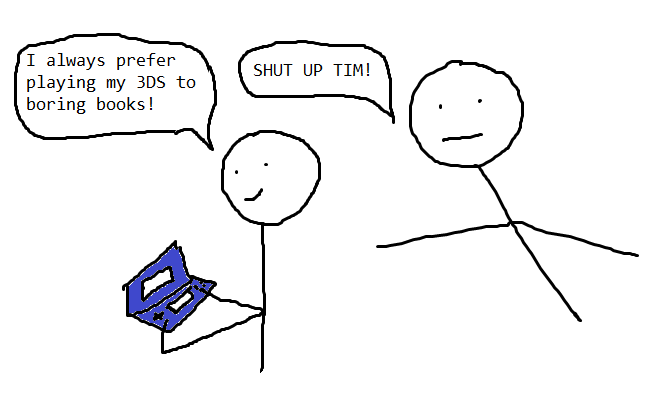 ‘ANYWAY I don’t have to justify myself to you! And neither does Tony Welch’s mum – Look at him! He’s come as deceased Peppa Pig as she went out last night and all she had in her house this morning was a packet of sausages, and no one can really say how she ever thought that tying raw meat around her sons neck was an appropriate fancy dress outfit but SHE TRIED HER BEST! Is that ok with you? I SAID IS THAT OK WITH YOU LOUISE?!?!?!?!’ 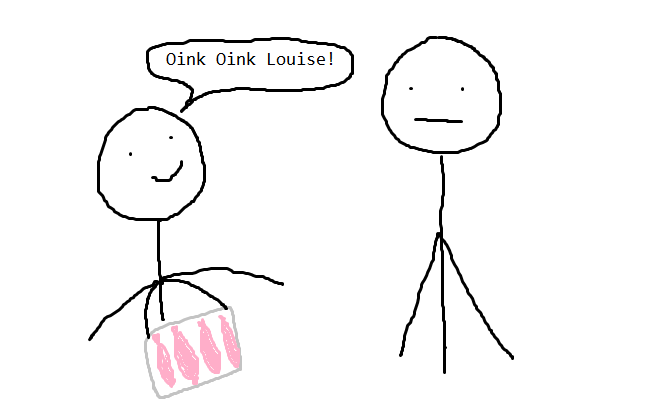 Capable Louise, was for once, totally lost for words.

And with that Mummy, Raphael from the Teenage Mutant Ninja Turtles, the concept of ‘Nothing’, Tony Welch’s mum and the artist formally know as Peppa Pig walked into school with their heads held high to a rapture of applause from children dressed in identical Tesco Harry Potter costumes knowing full fucking well that THEY WERE THE TRUE WINNERS OF WORLD BOOK DAY! 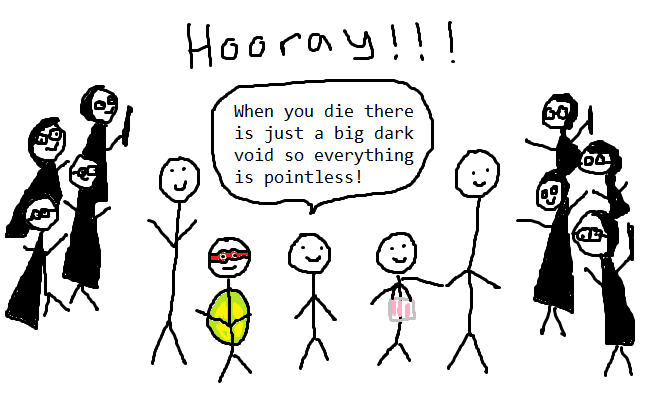 91 thoughts on “Topsy and Tim – The World Book Day Catastrophe”