Mummy doesn’t get to go out very much now she has children but when she does go out she tends to get absolutely shitfaced. 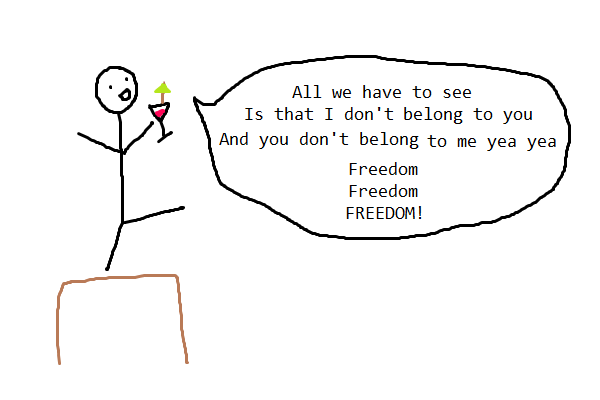 After 7 Jagerbombs she forgets she has children and the responsibilities of the next day seem somewhat obsolete. 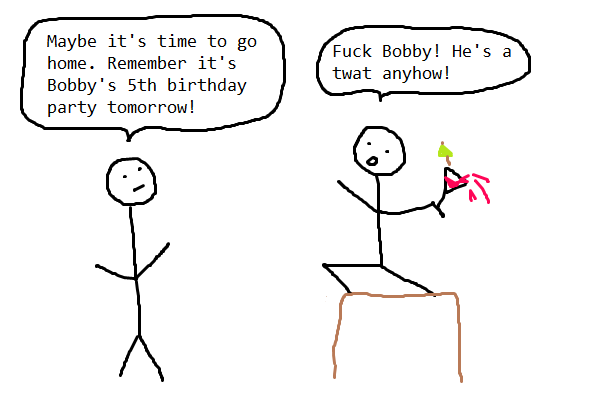 At 5am Mummy remembers she has children when she is woken up by Tim who has had a toileting incident. 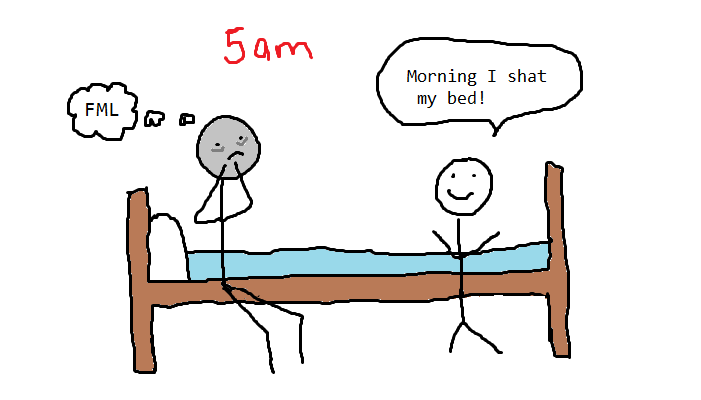 Normally Daddy would be on hand to help with childcare duties but unfortunately he is lacking in sympathy after being woken up at 3am because Mummy forgot her keys and how to act like a civilised human being. 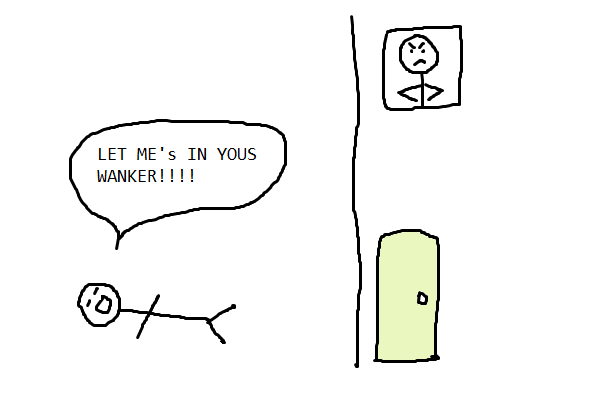 The twins have swimming lessons at 10am and it is up to Mummy to get them there on time.

Capable Louise is there, on time, with her 50 well behaved children. Capable Louise has just been out for a run yet still looks dewy and serene in her expensive leisure gear. 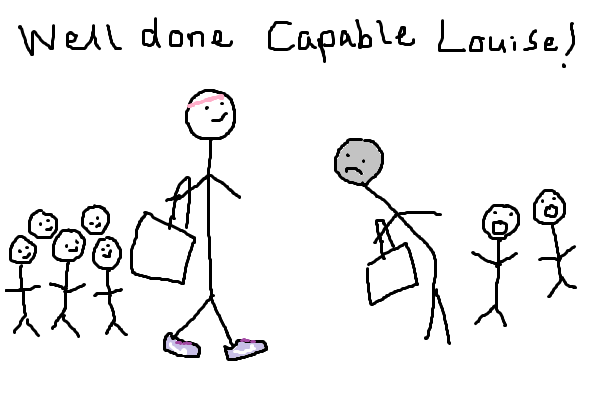 Capable Louise watches the swimming lessons avidly and shouts out encouragements to her children! Mummy stalks people she hates on social media and tries not to be sick. 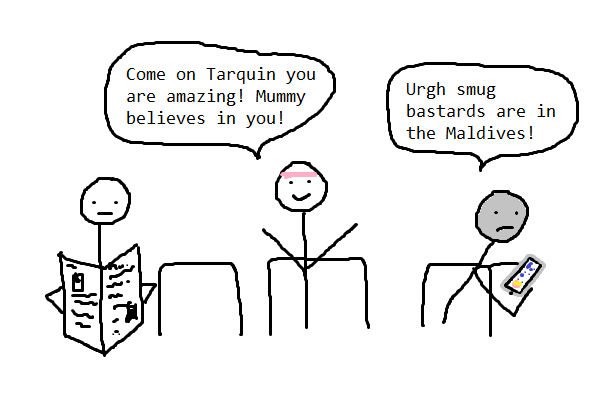 The children are hungry after their swimming lessons. Capable Louise has brought pitta bread, homemade hummous and granola bars.

Mummy gives Topsy and Tim 20 quid to spend on the vending machines. 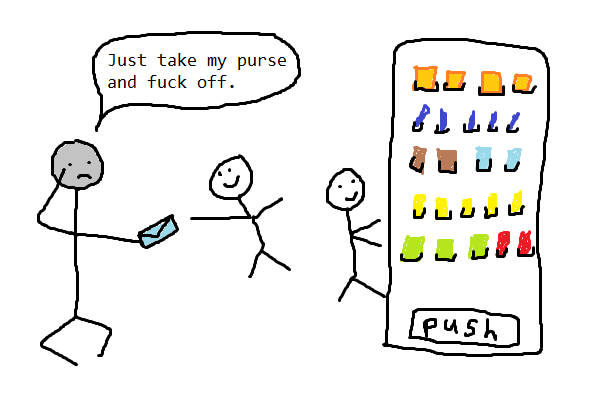 Mummy is exhausted. She is looking forward to heading home and putting Paw Patrol on for three solid hours – but then Capable Louise lands a devastating blow…

‘Where is the party?’ Mummy asks the twins.

‘The party is at Build A Bear stupid!’ they chime.

For those unfamiliar with Build A Bear – it is a popular party venue and also the seventh circle of hell. 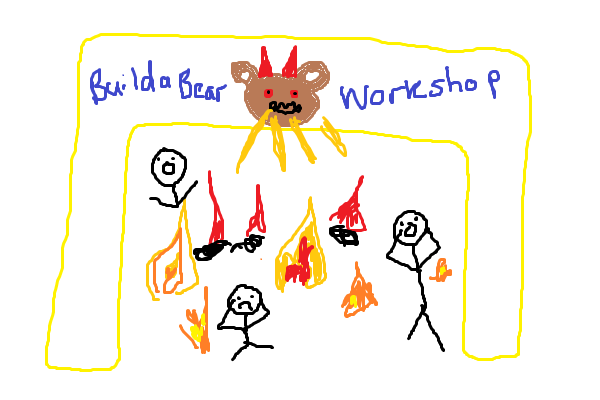 They get to the party and everyone is having a lovely time. Except for Topsy.

Topsy is being a right little dick and despite being told that the party guests are only allowed a basic budget bear she wants a sodding rainbow maned, flying, ballerina unicorn on roller-skates. 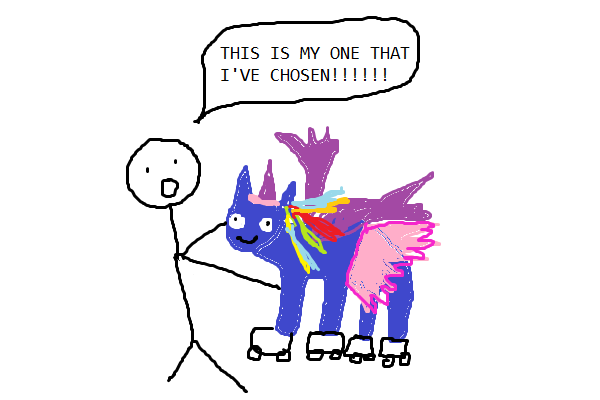 NO WAY is Mummy buying that thing – she has never seen anything so terrifying in her life!

The combination of the rainbow rollerskating unicorn, the bright lights and Topsy’s incessant whining is too much! Mummy starts to hallucinate! 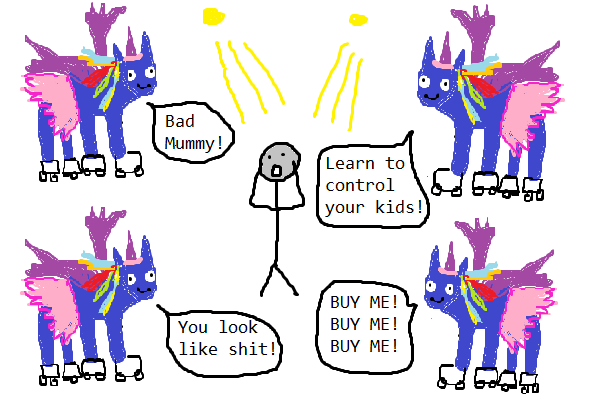 Topsy becomes so upset at the prospect of leaving the store without the twatting flying unicorn on acid that she vomits her Wotsits and Skittles vending machine lunch all over it. This is the final straw for Mummy who throws up all over Capable Louise’s expensive running shoes and collapses onto the floor. 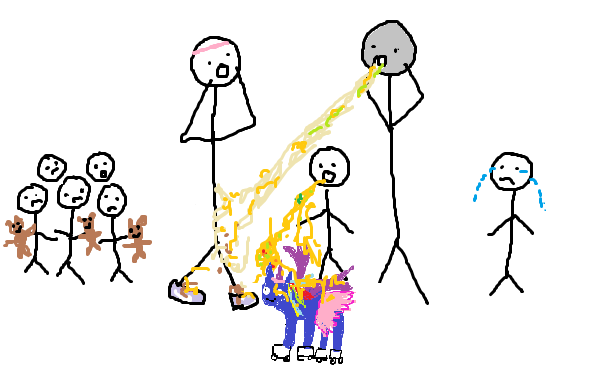 Bobby starts crying. Everything is ruined.

Tim is very worried about Mummy and Topsy. It is a good thing clever Mummy taught him how to make emergency calls! 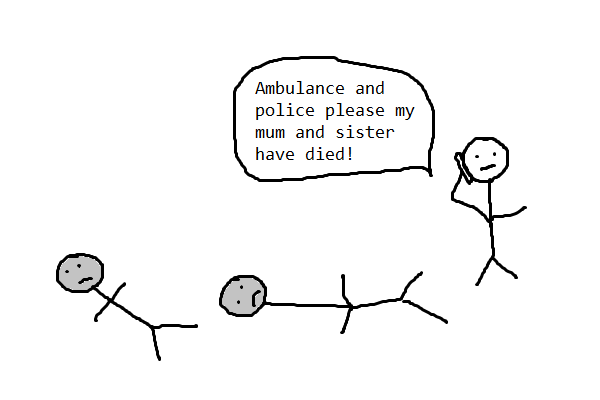 The police are less than happy that they have been called out to Build A Bear to deal with a rather pathetic middle aged woman’s hangover. They drive Mummy, the twins and the vomit soaked rainbow rollerskating unicorn back home and issue her with a caution for wasting police time. 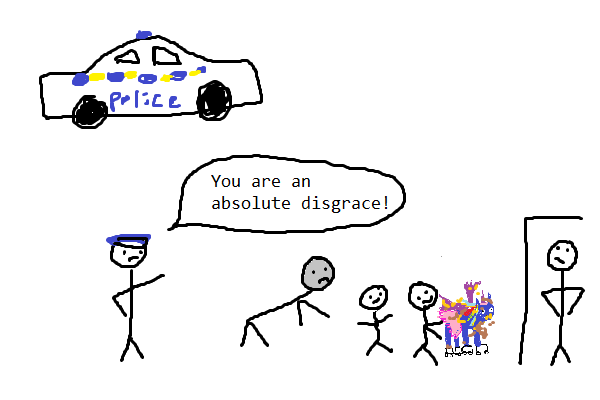 Daddy is waiting at the door.

He makes the mistake of laughing. 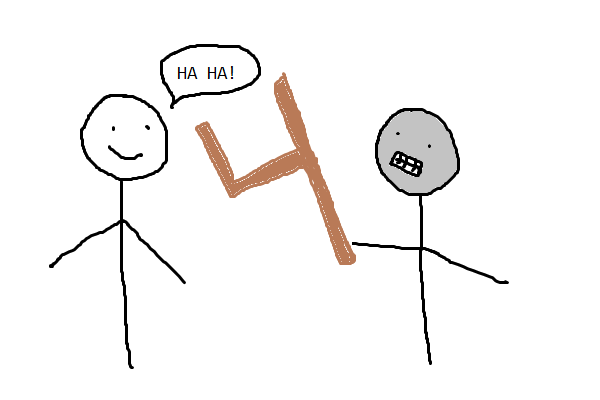 Mummy hits him in the face with a chair.