Do you remember in the before time, the kinds of things you used to do when you went into town? Calmly walking though the shops, picking up a book to flick through, spritzing on a bit of perfume, holding a dress up to the mirror, smelling a nice looking candle just cos. I think it was called browsing?

The ability to browse dies once you have kids and is replaced by panic buying.

Even if I do get the time and opportunity to go shopping on my own I feel so under pressure to enjoy that time that I actually panic about not enjoying it enough and therefore panic buy anyway. Humph.

I still prefer it to dragging my two along with me though. I will attempt to explain why I do not like taking them shopping via the medium of Microsoft Paint… 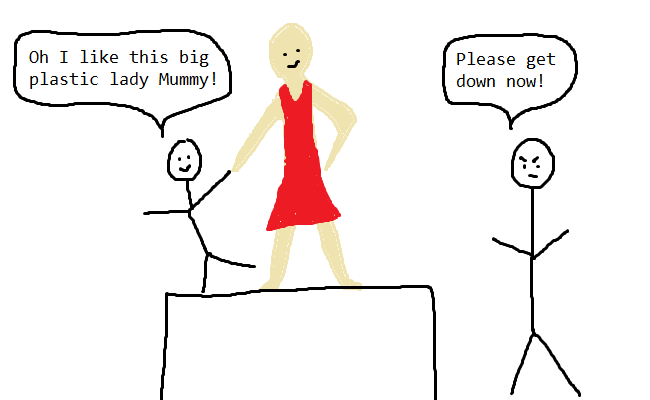 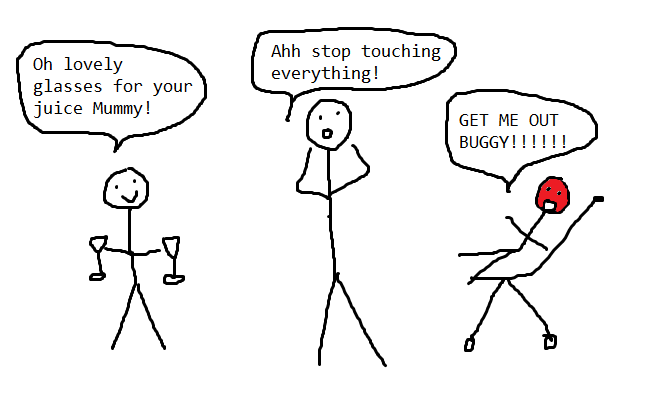 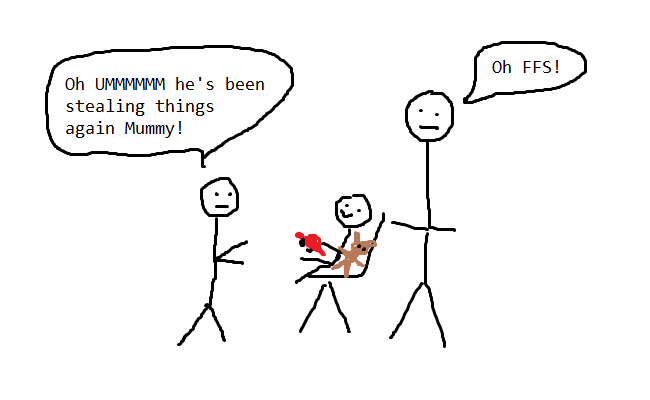 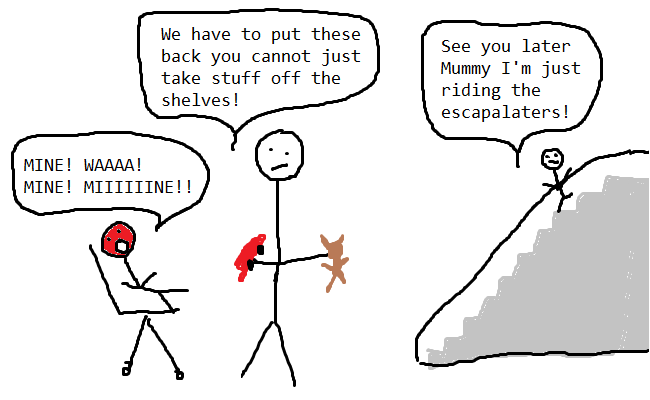 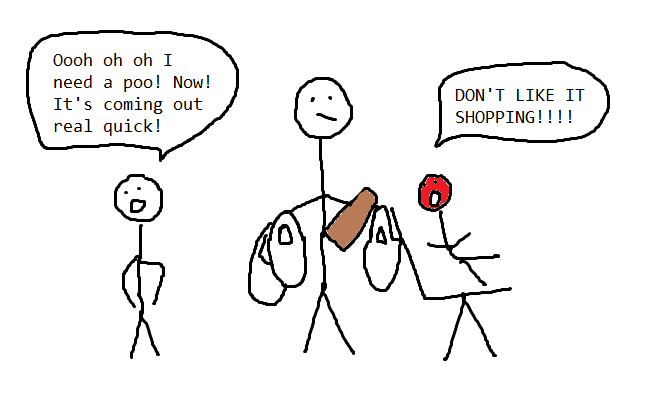 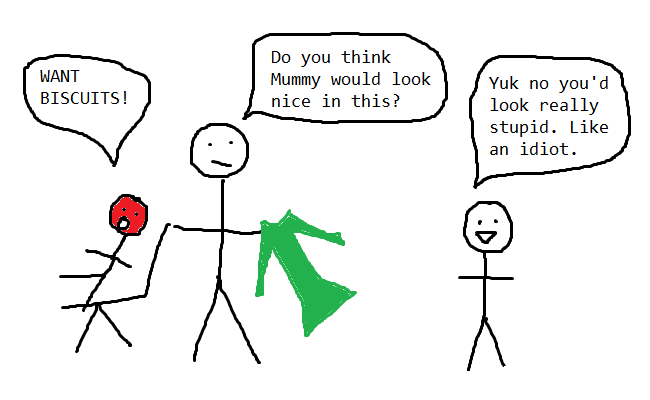 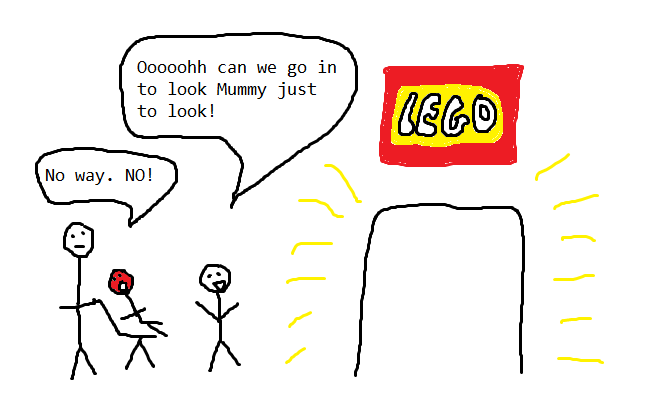 I like Lego but sometimes I wish it would just die.

We are not going into the Lego Shop. No one wants to go in there “Just to look” it’s bollocks. He is trying to trick me. It won’t work. 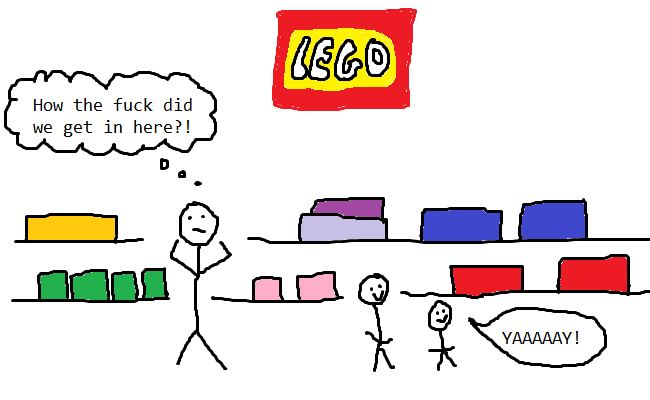 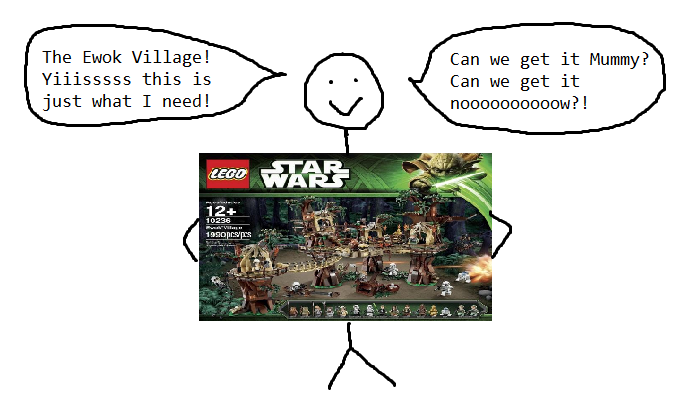 The Ewok village is £200 sodding quid!

“Because it’s not your birthday for months, it’s way too expensive anyway and also err… I’m unimpressed with it’s crass commercialisation. We’ll be eating Star Wars breakfast cereal next!”

“We already are Mummy.”

“Exactly! Anyway… Instead of the Ewok Village I know somewhere we can go where you can have WHATEVER YOU LIKE IN THE WHOLE OF THE SHOP!” 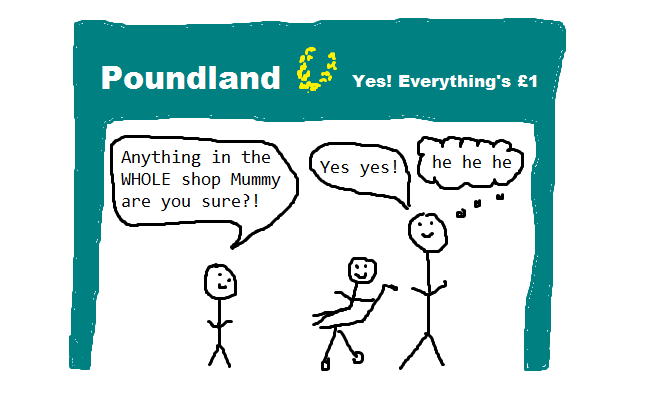 Stuff I have learnt about taking kids to the shops: –

1, Kids are stupid
2, So are people who take them shopping *ahem*
3, Star Wars cereal is just very expensive normal cereal with Darth Vader on the box
4, I also really, really want the Ewok Village
5, I heart the Internet. It allows me run virtual errands whilst simultaneity drinking wine and watching Made In Chelsea. It is my hero. 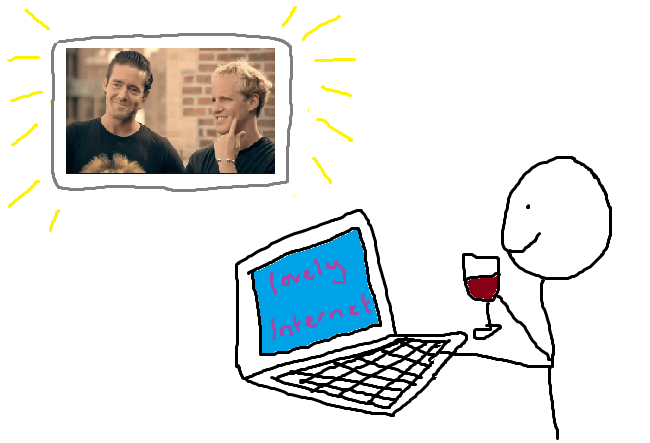 16 thoughts on “Kids vs. Shopping”