It’s funny how quickly children grow isn’t it. I mean at first when they are brand new and not doing much time seems to stand still and every week feels like it lasts forever; but before you know it three months are gone and your newborn has vanished in a puff of smoke.

They are smiling, eating, clapping, crawling, walking, talking and then wham you have a toddler, such a complicated little thing. A master at perfecting the balance of being both terribly annoying and utterly adorable all at once, for as frustrating as toddlers can be you have to admire their zest and vigour for life.

See something you like, you take it.
See someone else dong something you don’t like, whack them out of the way.
Run, see, do, explore.
Find pure wonder in a manky feather or cigarette butt.
Laugh with your whole body.
Stomp though the world like you own the whole fricking thing. 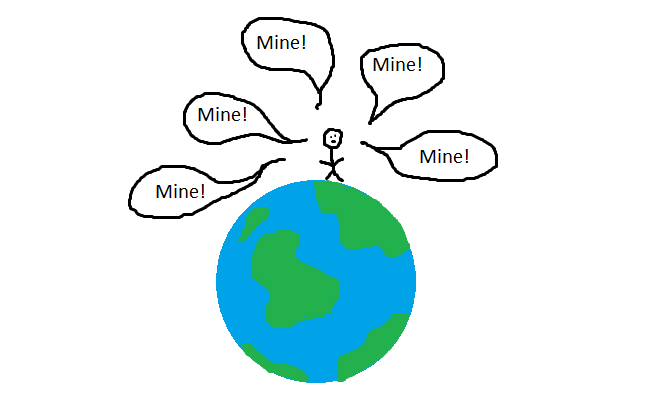 The next thing you know they are moving from toddler to pre-schooler and starting to realise that funnily enough they are not the centre of the universe; which is a good thing because you can’t go around biting people when they take something you want (unless you are a footballer). But it’s also a bit sad, because as kids begin feeling concious of the people around them and how they are perceived by them – that’s when the doubt creeps in.

How good would it be if we could all keep just a dash of that toddler magic?

Now my biggest is 5 years old and standing tall in a uniform, I look at him and think ‘huh?! how the hell did you get big enough to go to school?’ He’s a confident guy but I wonder how that will change now that he is finding his own way in the big wide world and I’m no longer his main influence.

He listens to his peers more than me and his opinions on toys, clothes, colours and words are ever changing. 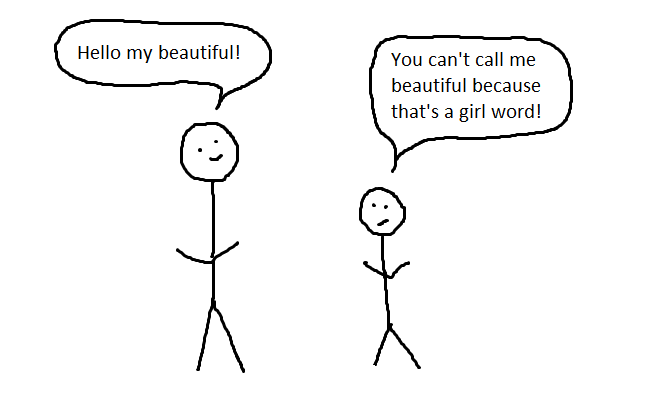 And I’m no longer there to defend him from the nothing major, but inevitable school yard taunts that I’m sure he gives as much as he gets – ‘you’re a baby!’, ‘you can’t play with us!’ and ‘you smell!’

Even the most harmless throwaway comment makes me want to go all mama bear. But I can’t be his protector any more and I’m no longer his best buddy, he more frequently wants to play with his friends rather than me and I have to give him the responsibility to sort out and develop relationships on his own.

I’ll still be waiting at home though, with my little trowel, ready to fill in the cracks in his confidence that were made when I wasn’t around. They won’t be perfect, but I’ll do the best I can. 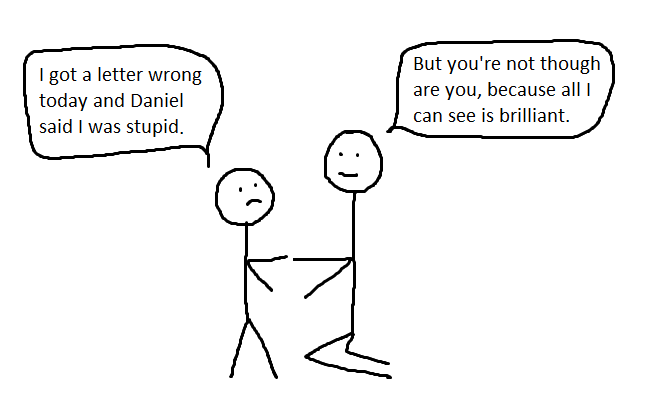 And I’ll still tell him that he’s beautiful even if it is a ‘girl word’, because he is and as Catchphrase legend Roy Walker said you’ve just gotta ‘Say what you see.’

14 thoughts on “Filling In The Cracks”

Can't draw very well but I never let it stop me.
My views are not my own.
My new shop @hurrahforginshop is NOW OPEN! 🎉
Check it out here👇🏻

Negative. Finally! Thank fuck for that. This week

Lighthearted. Sort of. Because, we are now in a p

Not sure if this cartoon has ever felt so apt.