Drive to the south of France they said, it will be fun they said, the kids will be fine watching their DVD players they said…

THEY be bloody idiots.

It’s one of those running jokes isn’t it… kids in cars constantly pestering their parents with a tirade of – are we nearly there yets?  But you don’t quite realise how true it actually is until you have kids and you find yourself in that very situation.

And you reason… well of course they are going to ask, they get bored, their sense of time is all out of whack, 5 minutes is like 5 MILLION GAZILLION YEARS in kid world. But you don’t quite envisage them asking it 10 times whilst you are still loading up the bloody car… 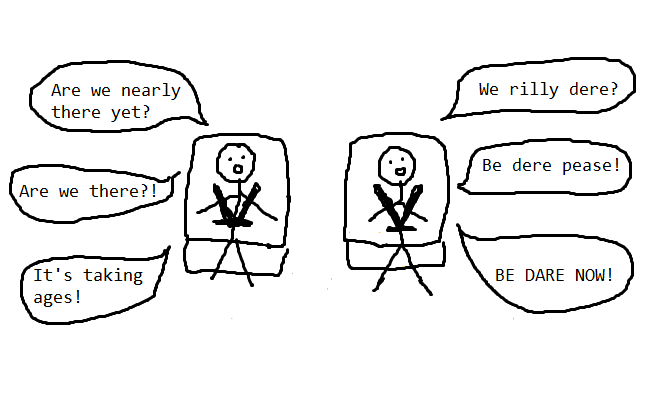 I don’t mean to be funny guys but…

WE ARE SO FAR AWAY THAT THE DISTANCE HAS MANIFESTED ITSELF AS A PHYSICAL PAIN IN MY CHEST!

But it’s going to be ok, because like I say, we have those DVD player headset things which are going to make everything fine. And no, before anyone asks if I’d rather engage with my children by playing games like eye spy, I would not. I don’t want to play eye spy because they can’t play it properly yet and I get pissed off spending 15 minutes trying to guess something beginning with ‘L’ which turns out to be ‘Mummy’s orange handbag’ that I haven’t even got with me. Gah.

(Although I must admit that the littlest saying ‘I spysy with my spiedsey eyseys’ does almost make it worth it.)

So anyway the DVD players were to provide the perfect solution, or at least they would have… 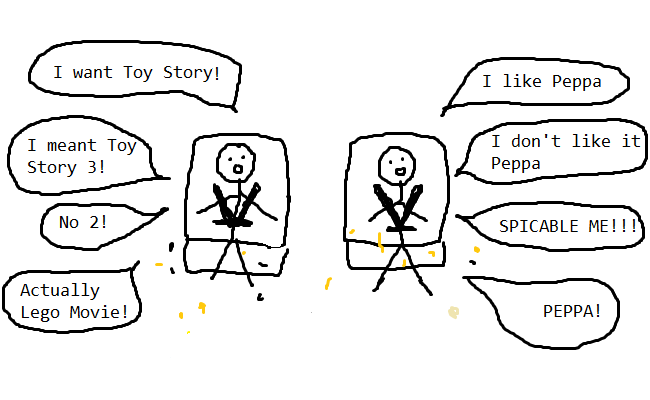 If they could just make their fricking minds up!

After a while I started wondering if constantly swapping discs and then spending ages flipping through the trailers was actually worse than ‘I DON’T spy’.

So we moved on to toys, I had a bag packed with all of their favourites – hurrah! Although… 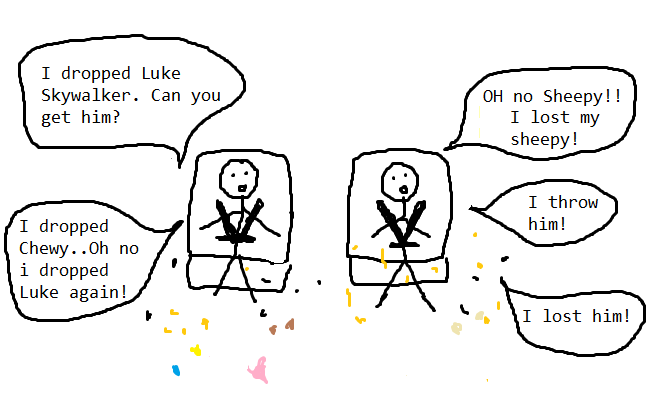 The bigger one couldn’t seem to keep his slippery little hands on them and the smaller one just kept accidentally on purpose lobbing them about the car. I explained that I couldn’t keep picking them up (whilst carrying on picking them up) and that it was dangerous for me to keep getting out of my seat to retrieve them (whilst continuing to get out of my seat to retrieve them).

Another top way to keep everyone entertained is stopping off at service stations every 20 minutes. Saying you desperately need a poo when you actually don’t is a fun game! 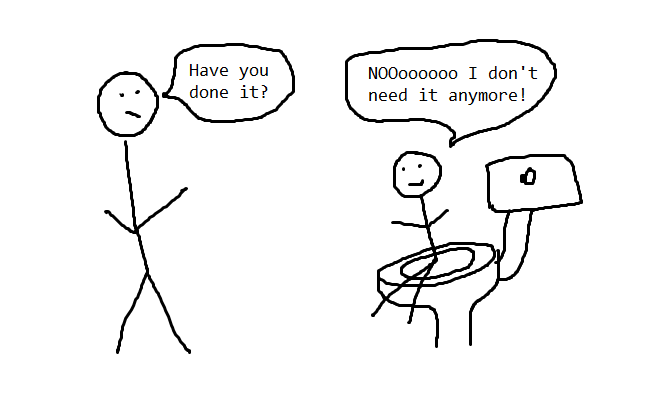 Sometimes it’s nice to just get out of the car and have a good old shout to release pent up energy. Especially if you are driving through the Alps because you can pretend to be Heidi… the unhinged version. 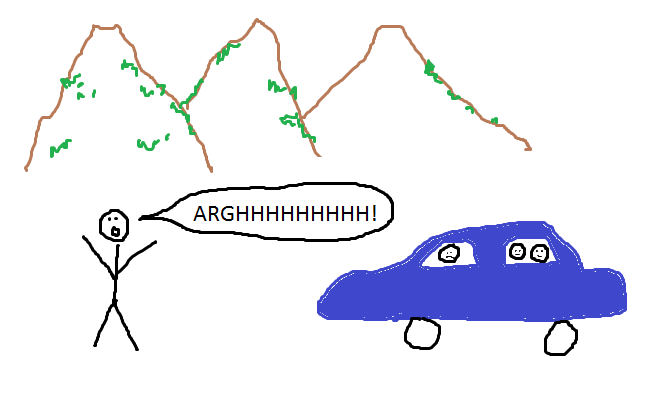 I do like to use the stops to peruse the interesting foreign snacks though. Stocking up means I can always revert to my fail safe ‘keeping kids amused in confined spaces’ parenting tactic… which is basically just lobbing snacks over my shoulders until they shut up. 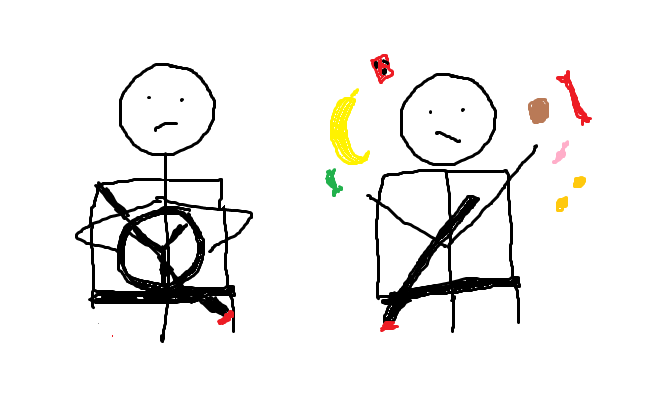 I also had the genius idea of portioning up a large bag of bacon chip-sticks using nappy sacks. I felt really rather pleased with myself. 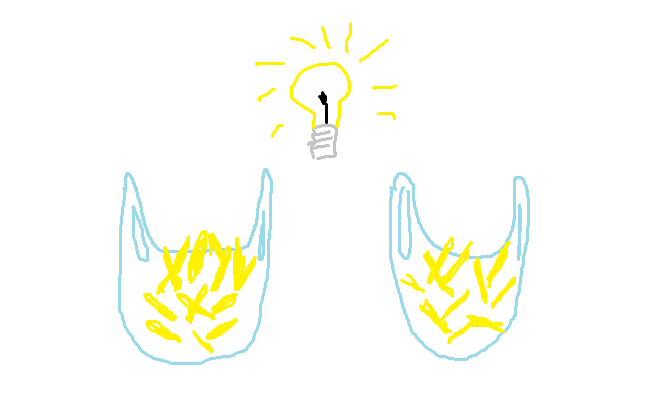 Until I realised that experiencing joy in finding alternative uses for nappy sacks is actually pretty pathetic.

Anyway, just as we were at the point where every mile felt like a needle being jabbed in my eyeball, something happened.

The kids got to a point when they were so bored of throwing stuff, whining and fighting that they actually decided to talk to each other! My boys don’t always get on, but every now and again we get snippets of love and laughter between them which is, for me, one of the most heart warming parts of being their mum.

Even if the topics are pretty undesirable… 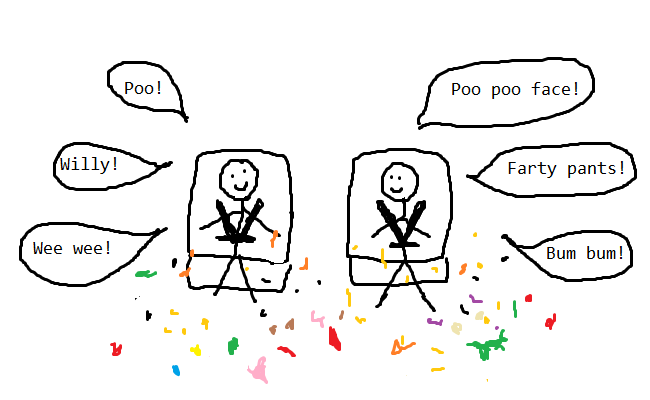 There was a small part of me that thought I should chastise them for being rude, but there was a bigger part of me that that just wanted to sit back and snigger. Besides at the ages of 5 and 2 1/2, I felt pretty chuffed that those are the rudest words they knew. *smug face*

But then of course we were back to the ever familiar chorus of ‘are we nearly there yet’ So I informed them ‘WE WILL BE THERE WHEN I AM READY TO SELL YOU TO A CIRCUS AND THE CAR LOOKS LIKE A BOMB HAS GONE OFF IN IT!’ 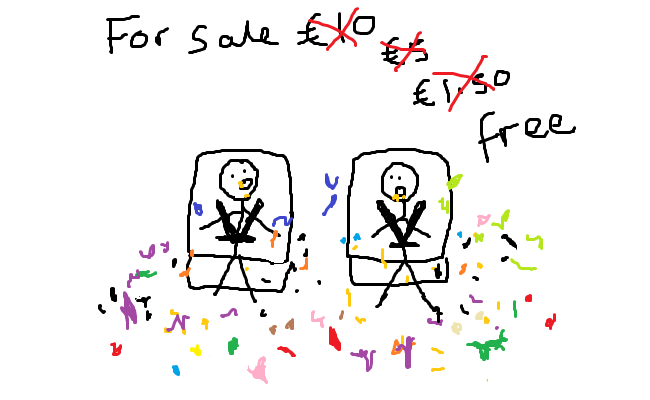 P.S you will be glad to know we made it to the bottom and France (and back) and lived to tell the tale. I didn’t get a medal (for, on one particular day, spending 12 hours in the car!) but we were rewarded with a swimming pool and PLENTY of cheap good wine – AKA something for everyone :) 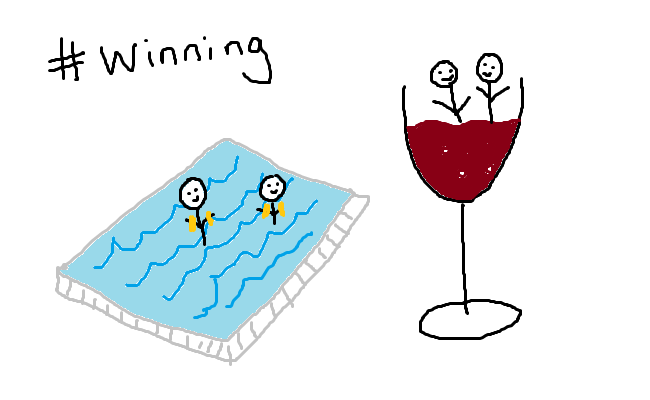 20 thoughts on “Looooooong Car Journeys With Kids (or not).”