I’m in a little bit of shock right now because I’m sure it was only yesterday when my biggest boy started school and then all of a sudden it’s the last day of term before duh duh duh SUMMER!

Like most parents of school starters around the country I took a picture of F on his first day looking proud and pristine in his new school uniform. A lot has changed since then, he’s in trainers because he’s ruined two pairs of shoes, the t-shirts are all greying and covered in strange orange stains and yeh, I don’t really do any ironing except a half arsed go over with my straighteners if it’s all looking particularly crumpled.

He looks scruffy, but who can’t pull off scruffy with a cheeky grin? The cheeky grin reveals he’s happy and melts away all the worries I had about him starting school at just turned 4. 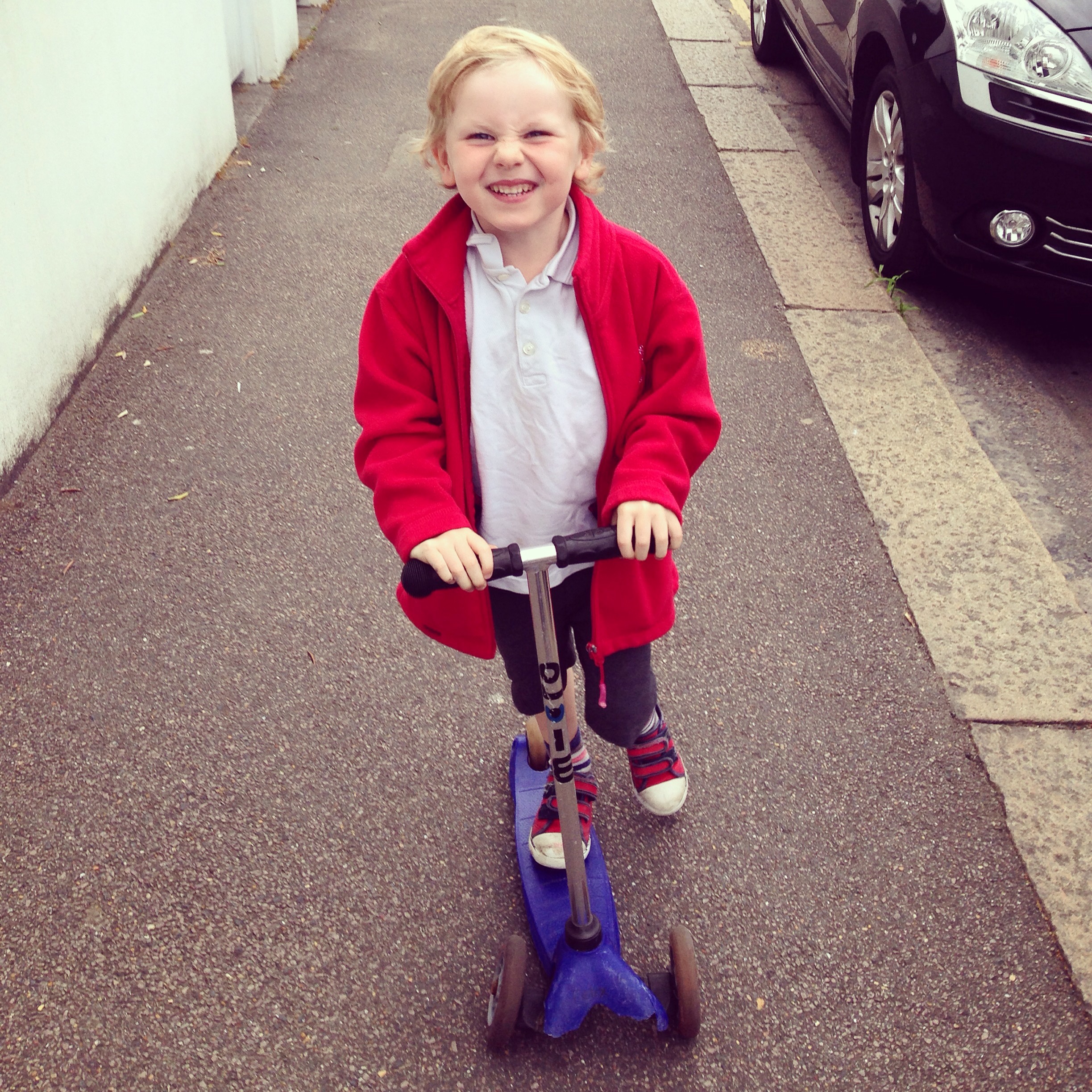 If you were to ask me how he was getting on it would be a tricky one to answer for I have, for the most part, absolutely no idea what goes on between the hours of 9am – 3.15pm; apart from Power Ranger/Ninja Turtle battles which i’m assuming (hoping) happen during break time. One of the longest conversations I’ve ever had with him about an event that happened at school was this:

The only other info I get out of him on a regular basis is who has crossed who off their birthday party list. It seems the way to rise to the top rung of receptions social ladder is to get on and stay on as many lists as possible. It doesn’t matter if your party is next week, 6 months away, or if you had it last weekend – getting crossed off can happen frequently and is the ultimate screw you!

Plus I’m not even exempt myself! I am constantly getting uninvited to the party that I will have to pay for. Go figure.

So anyway if you’ve been following this rambling post so far school is all about poo and party lists; but somewhere in those lost hours they are meant to be doing a wee bit of learning too, so I was interested to get his end of school report for a little more insight into how his teachers felt he was getting on both academically and emotionally.

As I scanned though the categories I saw he had met the expected level in the majority of areas, except the ones most people would describe as ‘the biggies’ (literacy and maths) where he is ‘working towards the expected level of development’. This is no surprise to us, he’s just not interested right now and on the schools advice we haven’t pushed it. They have said he will get there when he is ready and I’m sure they are right.

As it turns out it’s the comments section that stops me in my tracks, it says so much more to me about how my boy is doing…

‘He has a brilliant imagination and the creative capability to turn anything into a game.’

‘He demonstrates good speaking skills and has the confidence to share his knowledges and interests with both children and staff.’

‘He loves talking about his interests such as Ninja Turtles and Lightning McQueen and shows great engagement when doing to.’

‘He has the ability to take risks when trying new things and is beginning to realise the importance of persistence when learning from his mistakes.’

‘He really impresses me when he uses the construction toys to make little cars and transformers and describes in detail each part of his model and what the function is.’

They have a class of 30 kids, but his wonderful teachers, they really know him!

‘It has been an absolute pleasure to teach F this year. He is one of the politest little boys I have ever met! Thanks you and well done F!’

He’s the youngest in his class and hasn’t yet turned five, but none of that has seemed to matter. He gives school two thumbs up and therefore, so do I. The little pre-schooler who used to knock about by my knees has blossomed into an independent know-it-all and I feel prouder than I ever have before.

What next year holds? I don’t know. In year 1 the learning and requirements will step up a gear I wonder if the pressure will start to affect him and how that might impact on his happiness?

But let’s forget that for now because I think somebody just rang the bell for summer and we are going to make sure it’s a good one :) 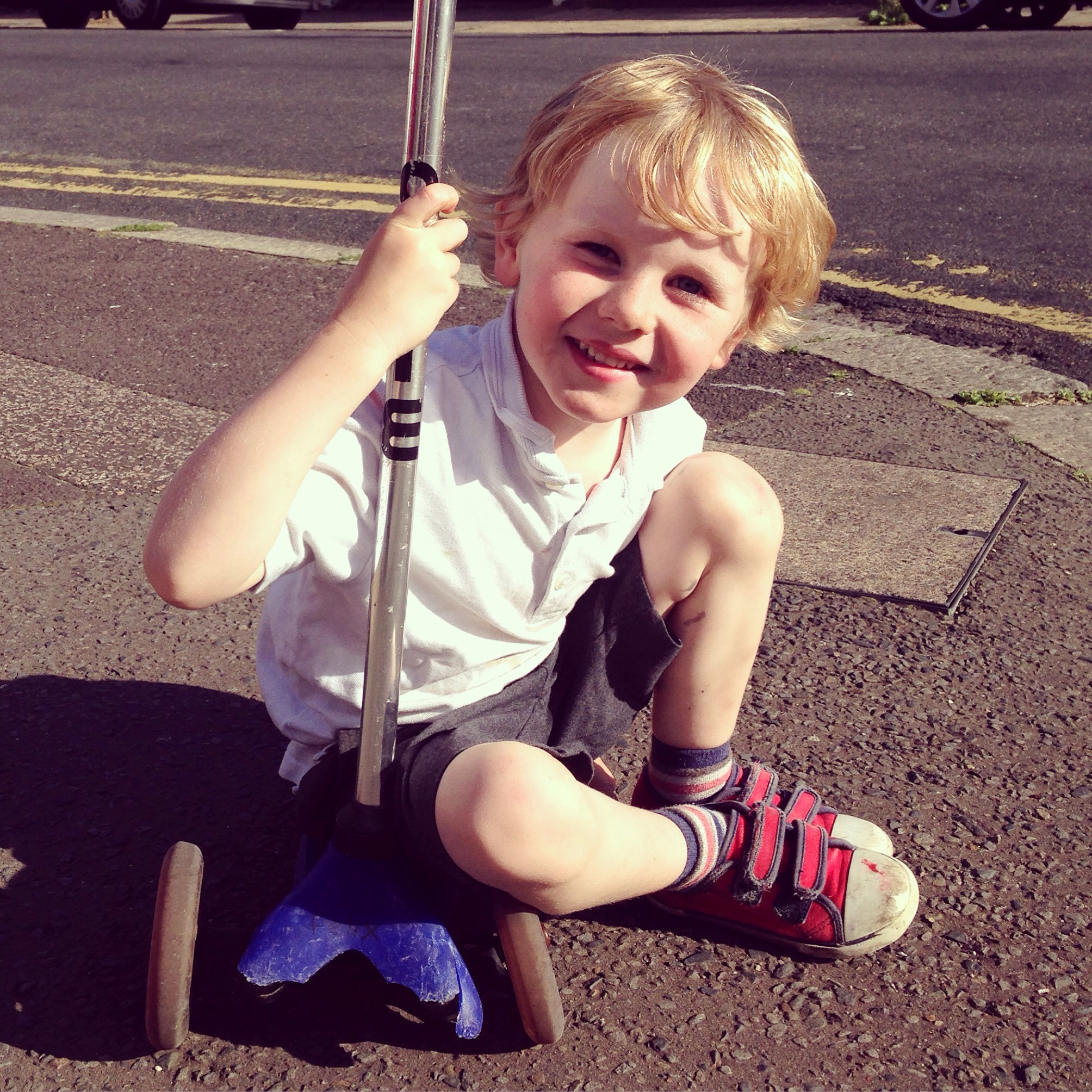