I was just starting to feel like, hey it’s been a couple of weeks now so surely we’ve escaped the eldest getting it?

But then, hang on what’s that small red bump? Oh dammit. 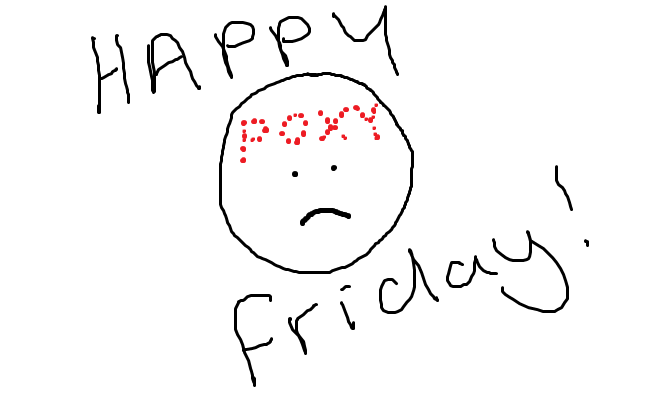 F seems totally fine so I carry on with my plans of heading out to see friends.

I drink tequila, do ‘sexy dancing’ and turn up home in the early hours stinking of Burger King. I wonder at what age it will be achievable for me to have a civilised night out? It’s certainly not 35… 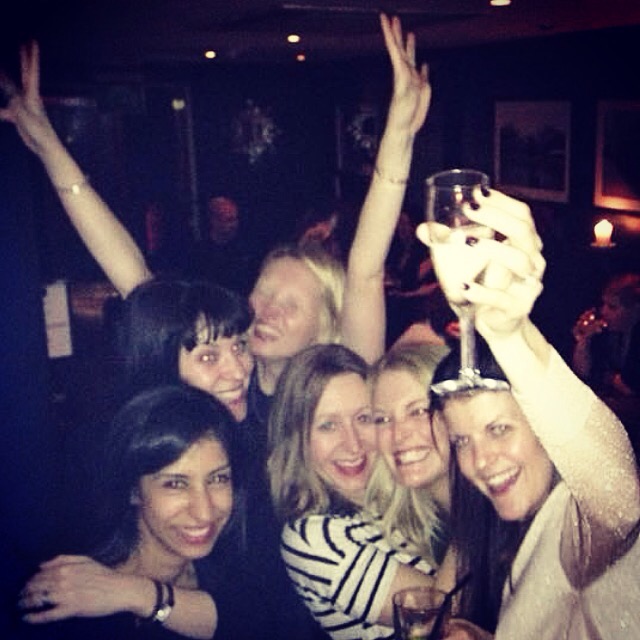 It’s Mother’s Day. I’m hungover and would have appreciated a lie in but instead small people come in to prise my eyes open with their fingers.

They have made sweet cards for me but let’s face it they don’t really get the whole point of this do they? Everyone could do with a refresher on the T’s & C’s to be honest. Perhaps re-branding it to ‘Keep The Kids Out Of My F*cking Face Day’ would help a bit?

Later we decamp to my Nana and Pop’s house, a magical place where all illnesses and behavioural issues magically (yet temporarily) disappear.

We get home and have time for a quick game of ‘death-copter’ before bed. I won’t go into the specifics as it’s rather harrowing but let’s just say it’s not one of my favourites. 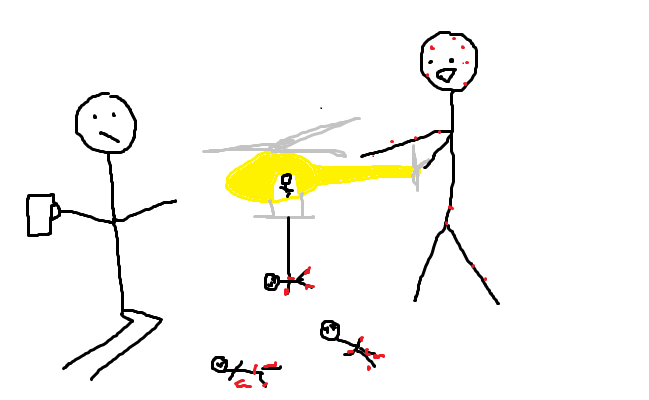 A not nice day.

F is not at all well and I feel like physically hurting someone due to the amount of Power Rangers I have watched.

When J got back from work I dashed right out the door because we NEEDED some very important supplies such as overpriced seasonal confectionery.

I had a lovely time in Sainsbury’s Local. I felt wild and free! It was a bit like going to a spa in the times before children. If I went to a spa now I would probably just self combust with happiness (HINT F*CKING HINT). 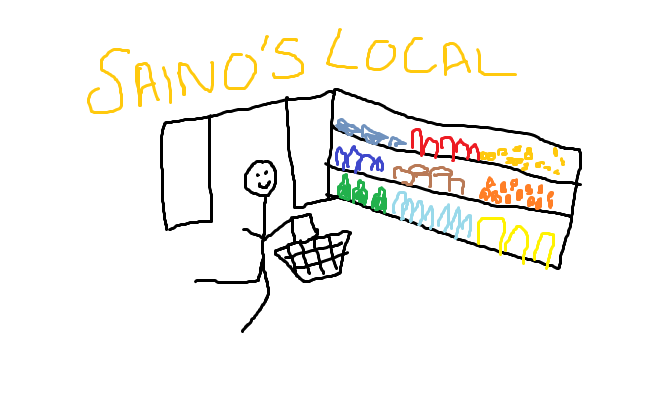 Unfortunately after about 20 laps the security guard started giving me funny looks so it was time to get home and stuff my face with Daim Bar eggs.

It quickly became apparent that we were in for a bad night. Especially soon as S had now has a bad cough and wouldn’t settle either.

So there were four in the bed and the little one said….. 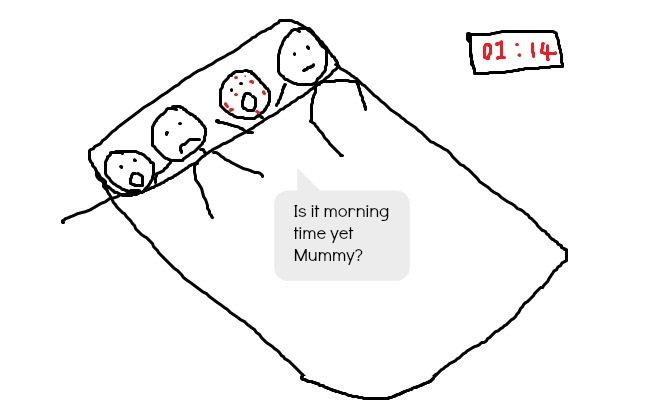 A truly terrifying sentence to hear when you have’t even shut your eyes yet. 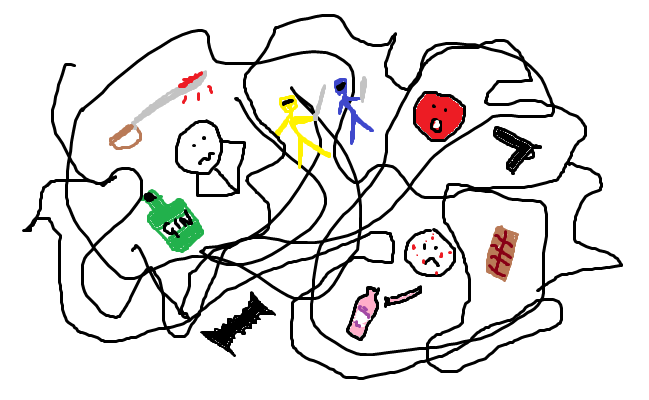 Decide to ignore the kids and crack on with my political manifesto.

It needs fleshing out but I feel I made strong start. 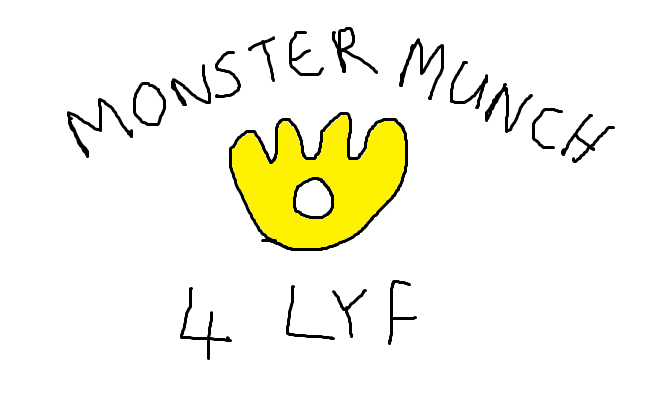 Starting to become a bit suspicious about the patient and his increasingly specific demands. Perhaps he is not quite as ill as he is making out? 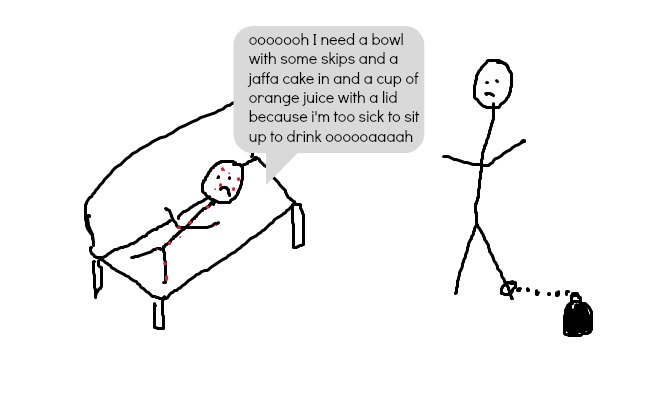 He also doesn’t seem to appreciate that I cannot get him things if he requires that I am not allowed to move from the sofa. 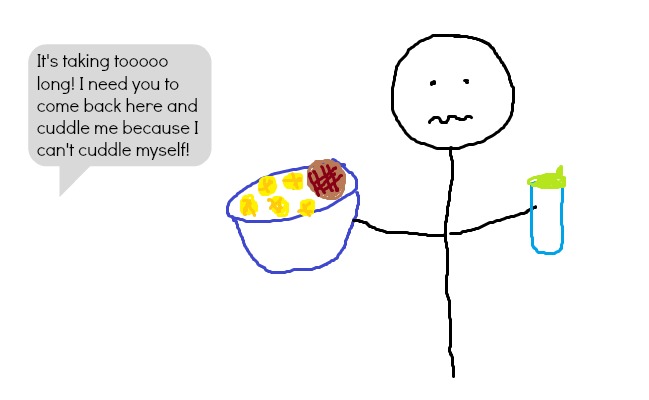 I decide to give in. We have Malteaster Mini Bunnies for dinner and watch the Lego Batman movie on loop till bed.

Those scabs look scabby enough to me and I’ve had enough of this sh*t so it’s back to school!

And yet now the house is quiet and I have time to work and carry out boring household admin, the spooky silence usurps me and I start to wonder – am I missing my patient?

It’s a funny experience taking care of sick kids. Sort of annoying yet also incredibly humbling all at once. The comforting, the cuddling, the tears, the boredom, the lack of sleep, the feeling the need to punch random inanimate objects and the wanting to take all the pain away and suffer it yourself.

It feels like the purest form of parenting. The sort of stuff that makes your heart strain, too full of love.

So when my boys are lain up poorly on the sofa then my spot is right behind them and you won’t be finding me anywhere else (apart from the odd brief reprise at Sainsbury’s Local obvs). 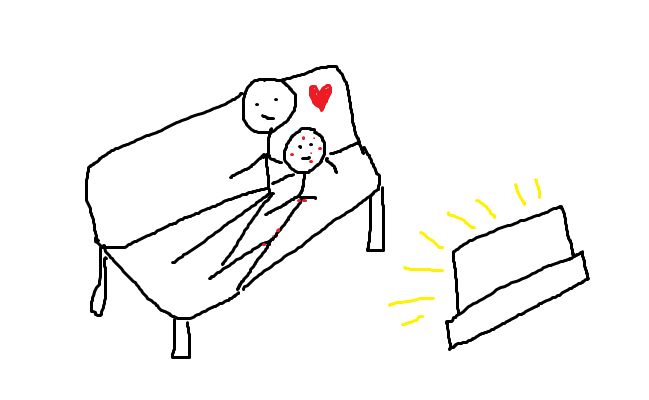