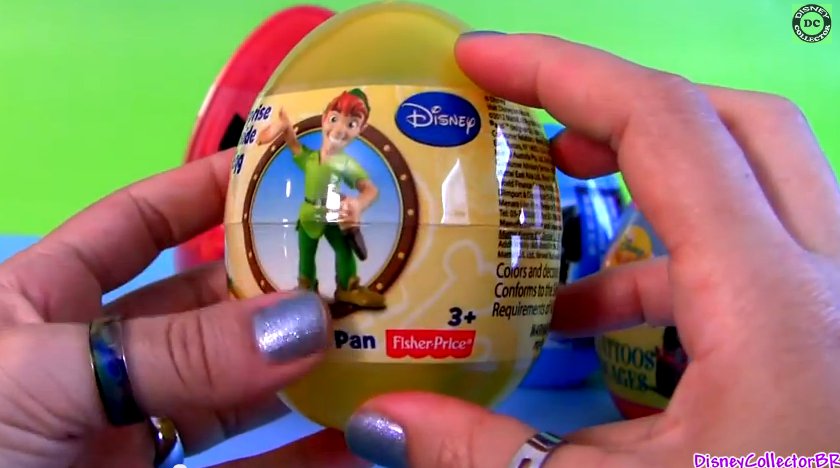 She’s a mystery woman, no one really knows anything about her other than she has one of the most popular YouTube channels in existence. Last month she ranked no.3 worldwide amassing over 225 million views in June alone.

She’s like the pied piper of YouTube. No one really knows how their kids even found her. But they did, and they were sucked in by the strangely enticing videos of her unwrapping kinder eggs, unboxing Disney toys and giving play-doh demos.

She has lovely manicured nails, but like Dr. Claw you never see her face.

She’s your best friend at 5.30am in the morning or when you have brought the kids to the pub in a desperate attempt to demonstrate that you still have some sort of semblance of a thing called a life.

She is your hero on a bad day.

Yet there are a lot of people out there that would have you believe that iPads are the epitome of evil. I came across an article last week on the Guardian, 25 best apps to keep the kids entertained this summer and some of the comments made my eyes widen.

”What a stupid article highlighting more useless drivel to hinder their childs development. How about not relying on electronic devices to keep children occupied. Old fashioned parental interaction with the child should be norm.” >> sometimes you just can’t turn ‘ROAWWWWAUUUUUUWWAAA’ into a two way conversation

”If you don’t want to ‘deal’ with kids, don’t make them” >> well hindsight is a wonderful thing

”We play count the colours with cars coming the other way. If you are on a non dual carriageway it will pass the time really well. Each occupant of the car picks a colour and it is first to one hundred. Hint: pick silver, you will win every time! When the kids figure this out then those who don’t pick silver get to choose two colours.” >> sounds a bit sh*t tbh

”the constant default to occupy children by planting their face in front of a screen is not the answer. People managed fine before ipads / smartphones etc.” >> and washing machines, cars, hair straighteners, gin in a tin etc etc etc

I’m sure the answer here is not black and white, it’s all just a case of balance.

To be fair its rare for my boys to express a preference to watch TV or play on the iPad; which is either lucky or unlucky depending on which way you look at it. I’ll find something on the Sky box or load up a CBeebies app when i need to get something done or when we are in a situation where i know they will get bored. The thought of a plane journey without technological support is enough to make me weep.

But i don’t think for me it feels all to different to when i was a kid. Sure we spent a lot of time playing out in the street until it got dark but i also have many happy memories waiting in anticipation for Ghostbusters to load up on the Spectrum, playing Kings Quest on the PC and Alex Kidd on the Master System (which incidentally, i was ace at).

If i start listing 80’s kids TV programmes – Jamie and the Magic Torch, Dogtanion, Superted, Bagpuss, Button Moon, The Mysterious Cities of Gold – who doesn’t get a warm and fuzzy glow inside? Toast and telly, good times. The difference now is more options and more portability but as long as you set limits i really don’t see a problem, particularly considering the output is a lot more educational than it was.

So yeh, call me a bad mum if you see me in my local, kids under the care of the auto nanny. I just wanted to be able to eat my roast you know…

Plus another thing – why is no one banging on about about adults use of screen time? Is it not too much to spend all day at work staring at a computer screen and then go home and watch Eastenders whilst simultaneously messing about on Facebook, doing an online shop and commenting on articles about the negative effects of technology on kids?

Should we all be filling our evenings riding scooters, baking sh*t looking fairy cakes and making rocket ships out of old loo roll tubes?

Well sod off then haters.

37 thoughts on “I heart DisneyCollectorBR”