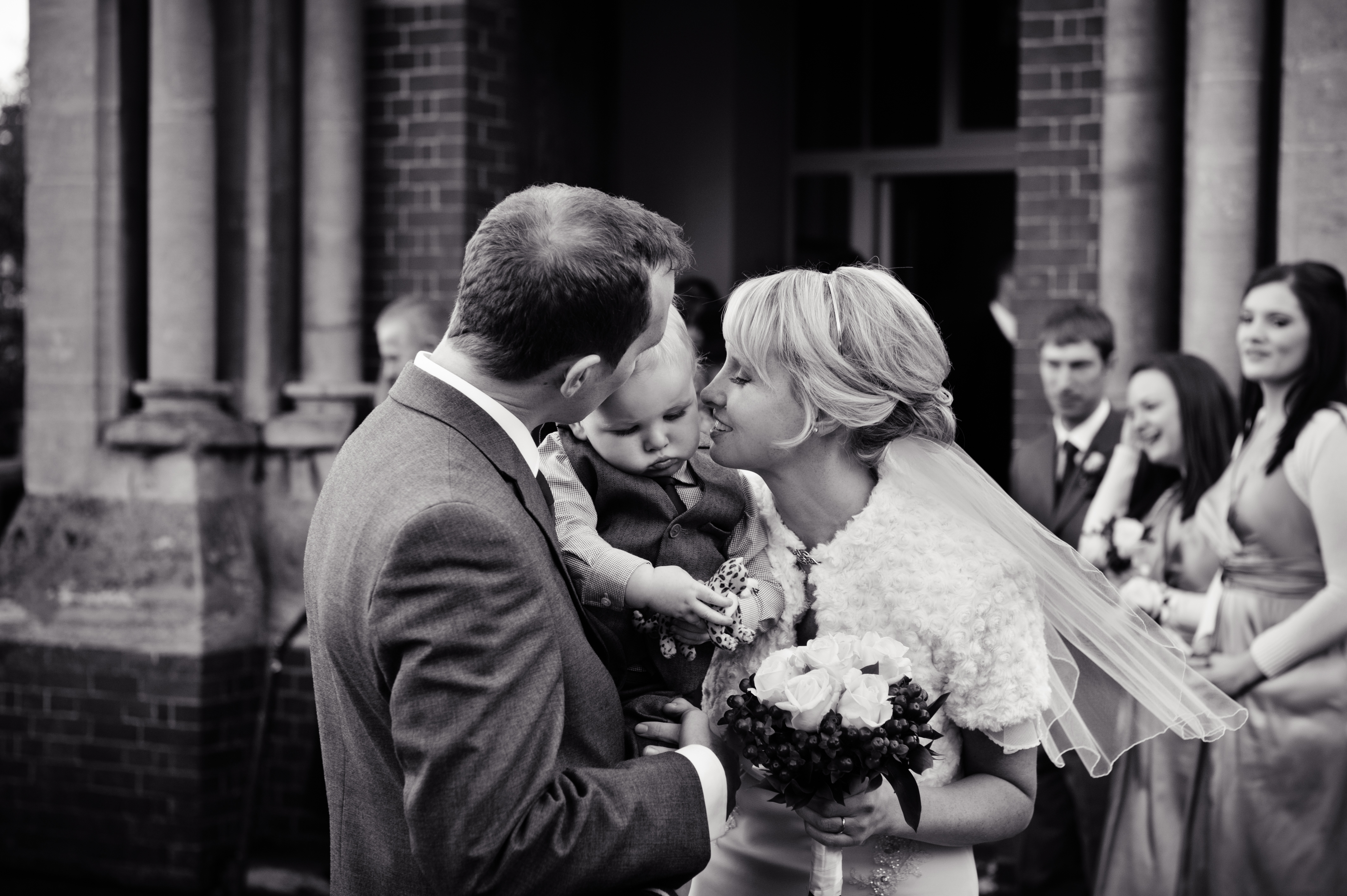 We said i do In the church i was baptised in as a baby. I got slightly squiffy* beforehand as i was terrified of walking down the aisle. It worked wonders but i told everyone ( EVERYONE!) i was wearing no knickers. Poor underwear planning – don’t ask. *more socially acceptable way of saying pissed. 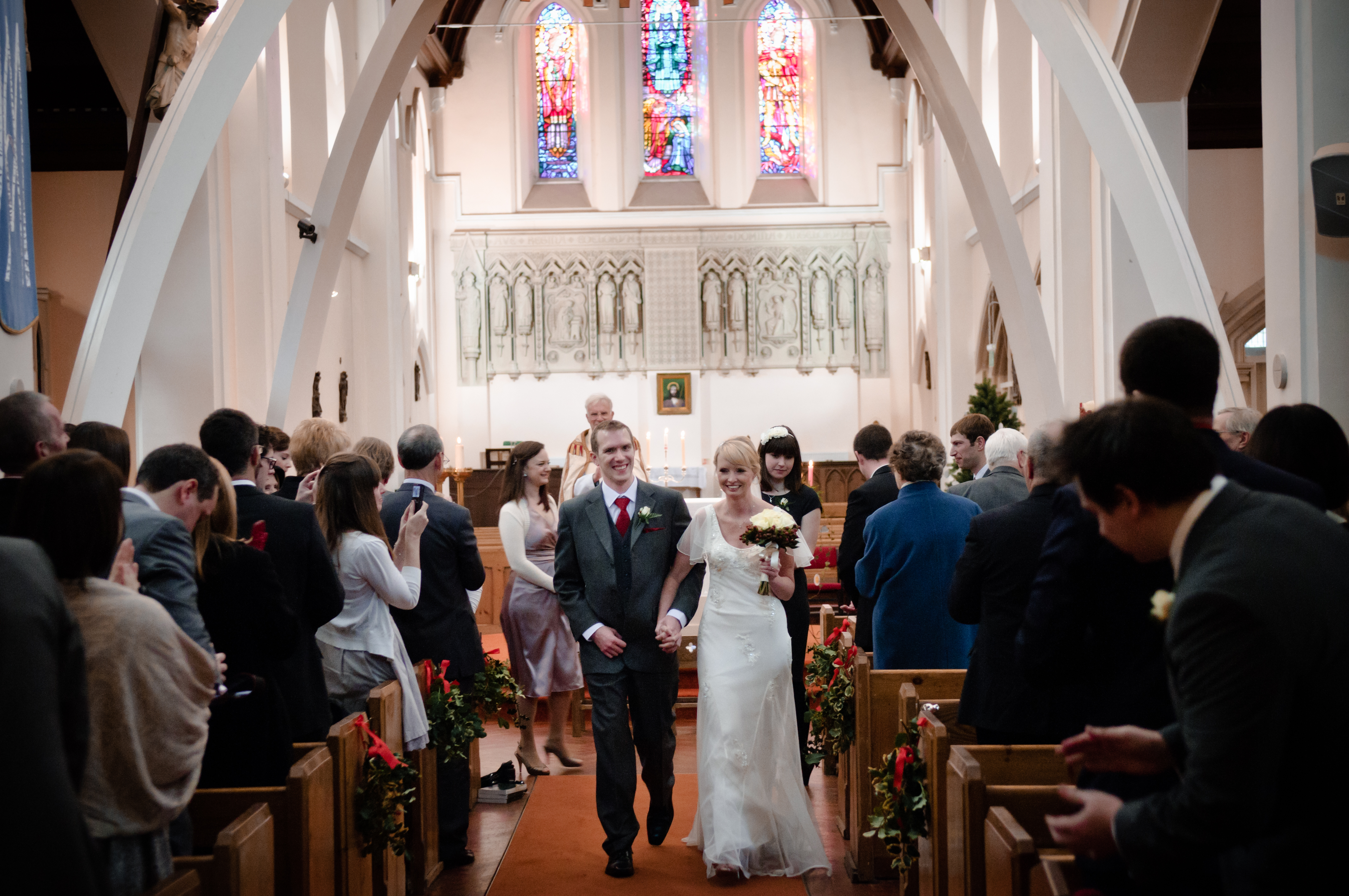 I also had a fear of bridal shops and netting so i didn’t set foot in a single one. I ordered two dresses online. Tried on the first and was dead pleased, tried on the second and it was even better. Job done. 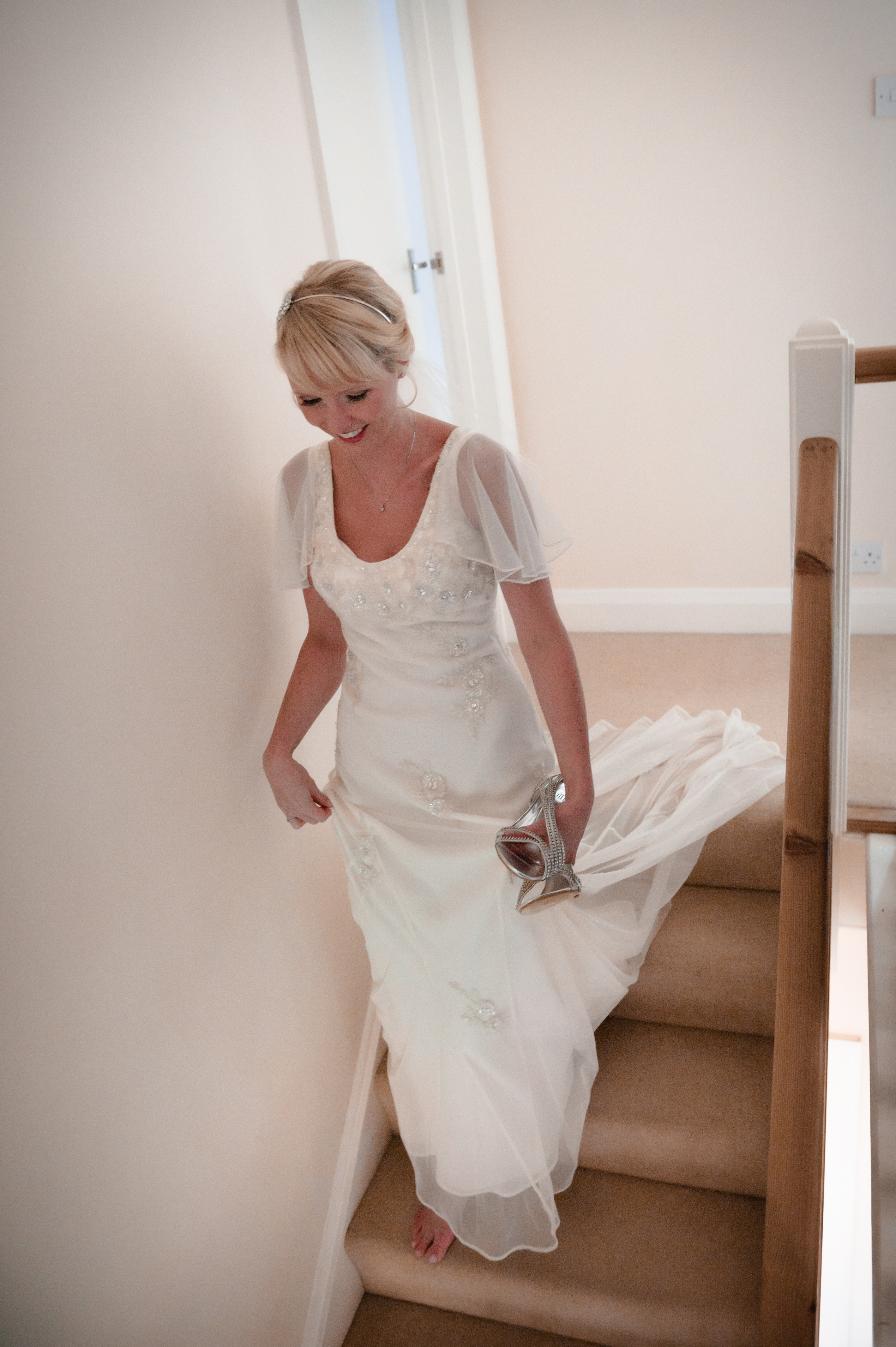 We were bloody lucky with the weather. A crisp bright December’s day with a pink sunset. 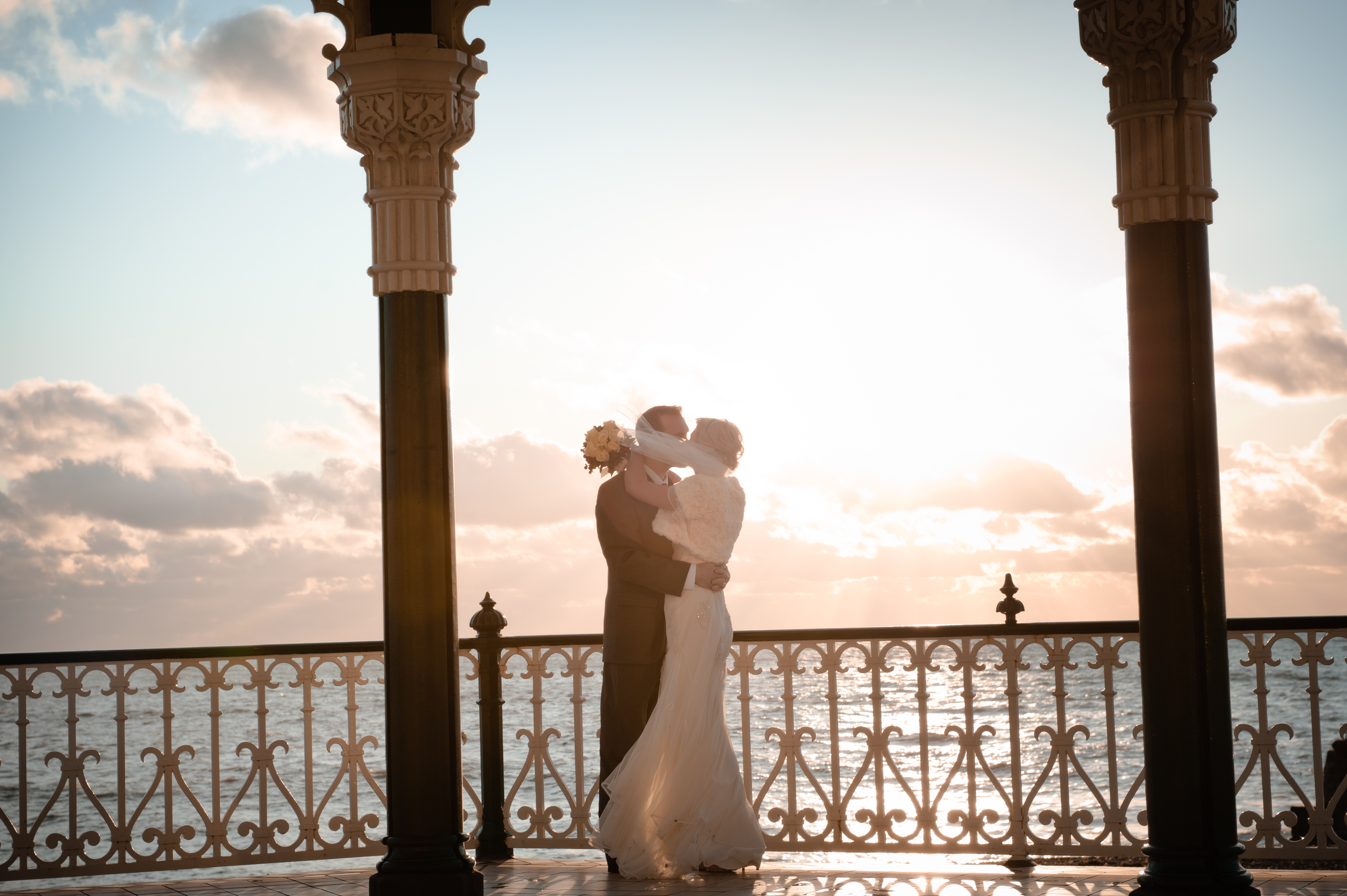 One of the most important things for us was pictures on the beach, our favourite place to be. It was very, very cold (especially with no knickers) but worth it! 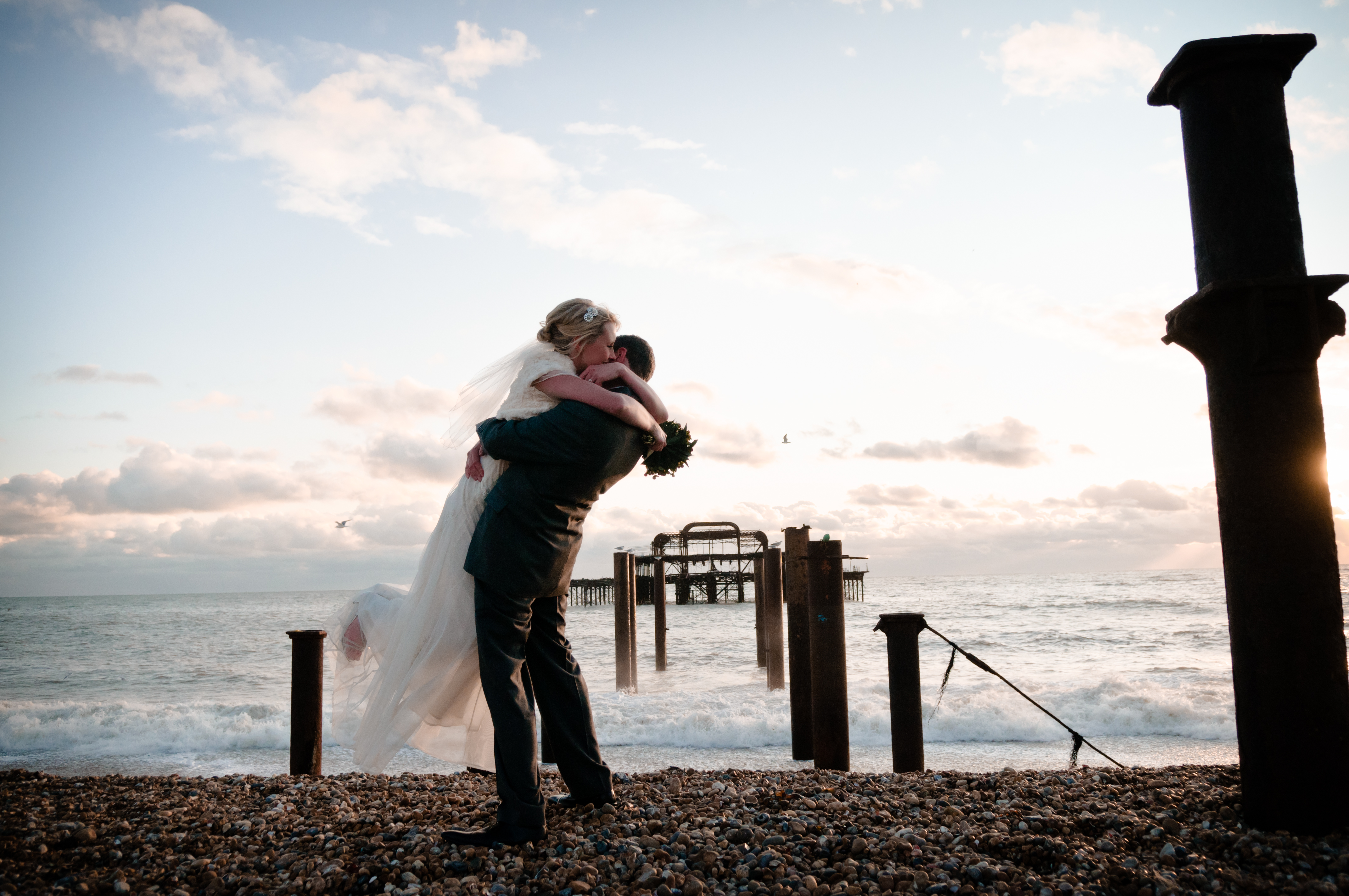 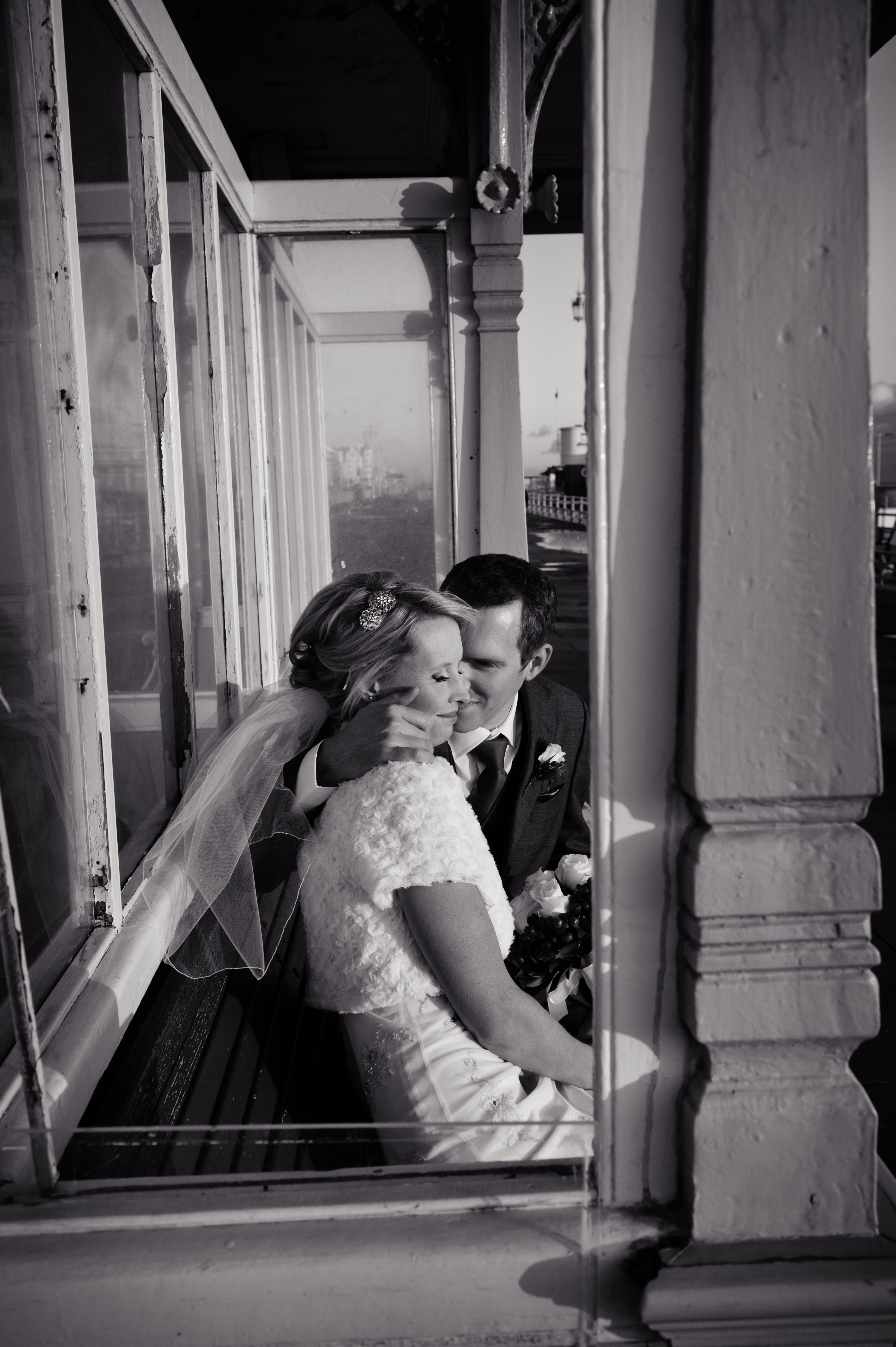 We had our reception in the beautiful Hotel Du Vin (and did actually invite some people too). Check out the wine glass chandelier – my kind of interior design :) 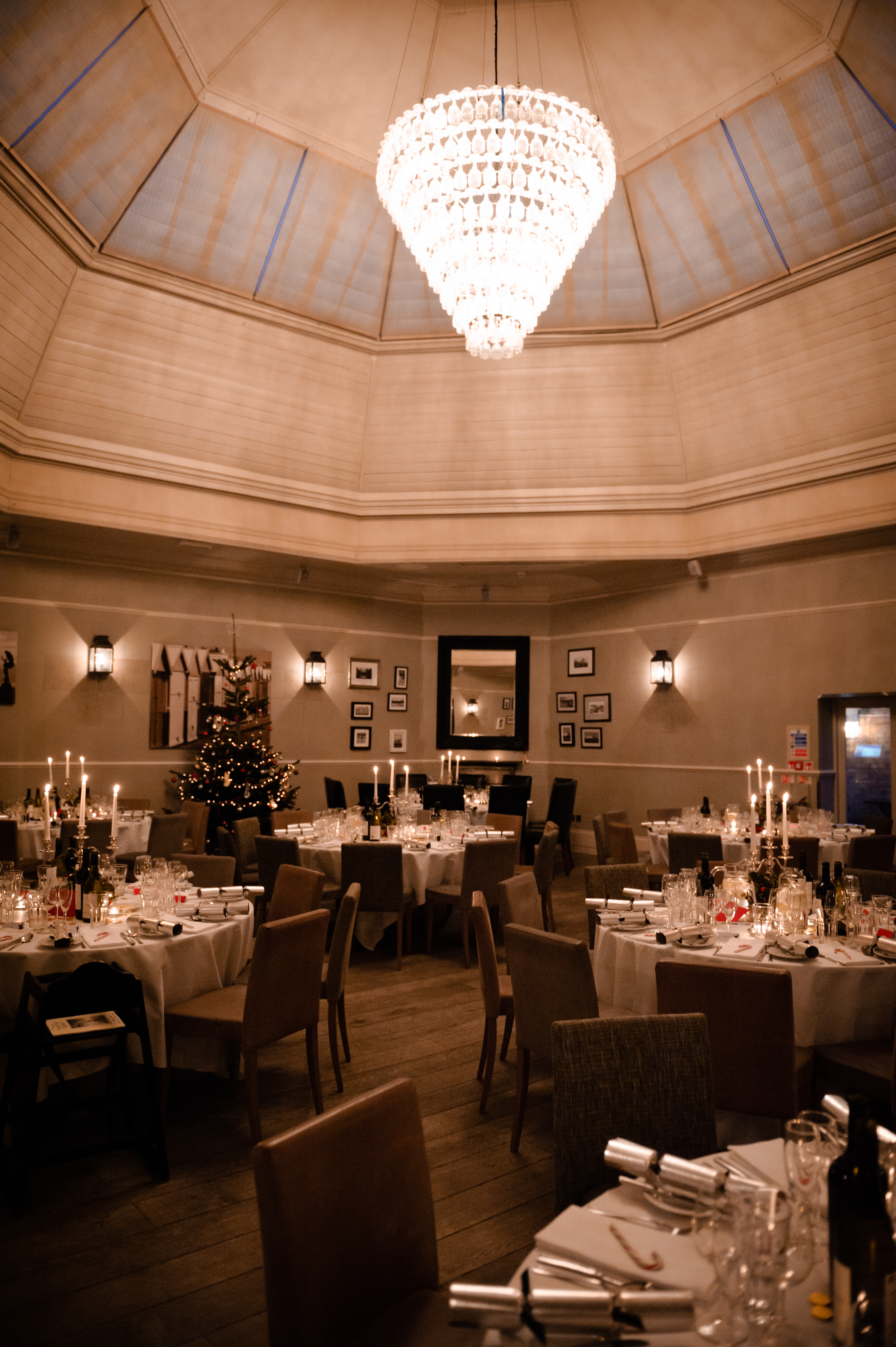 It was a big Christmasfest. 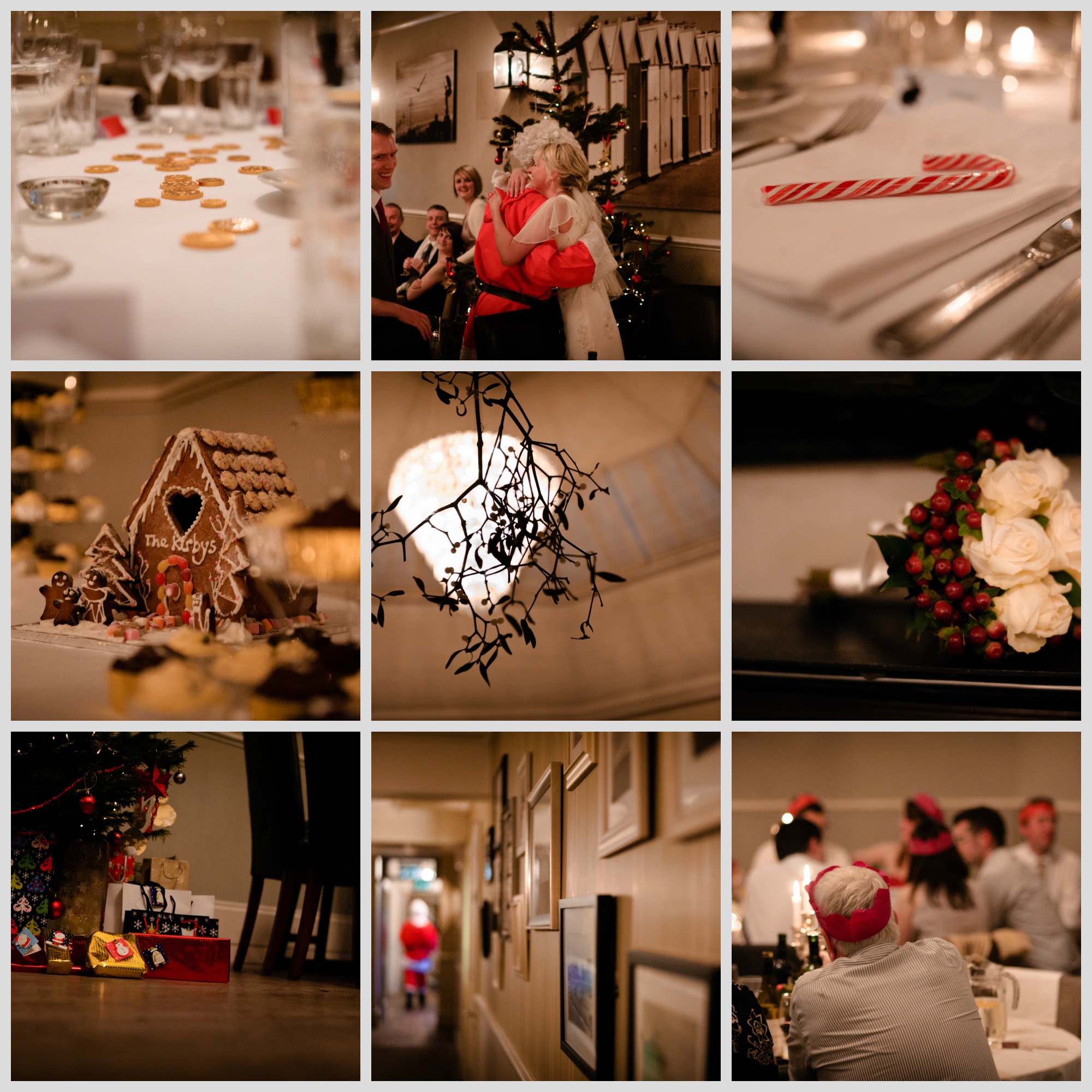 With a sub theme of rabbits (have i mentioned before i love rabbits? I do.) 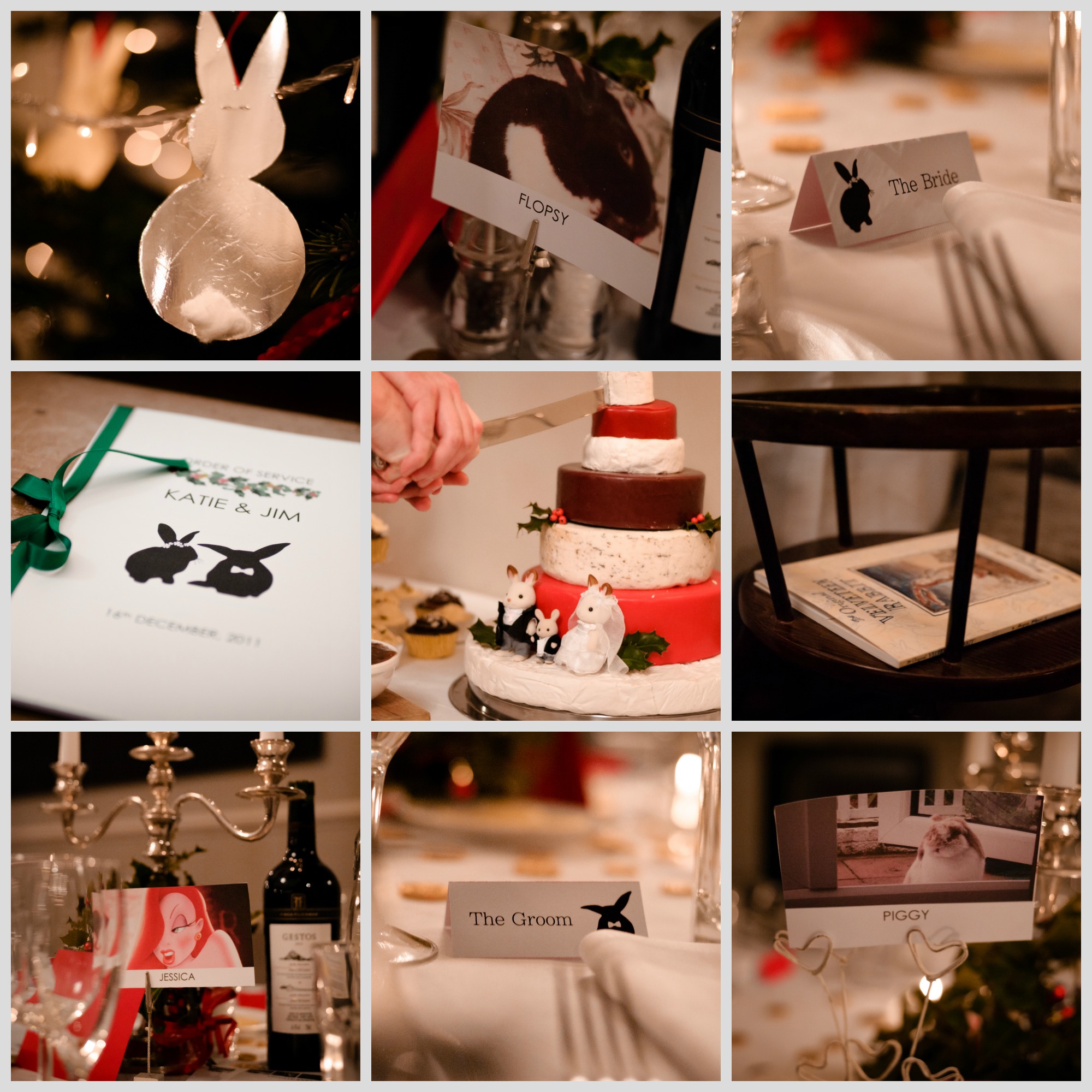 Getting hitched with a toddler in tow had its err hitches! But we were lucky to have such an adorable best boy. 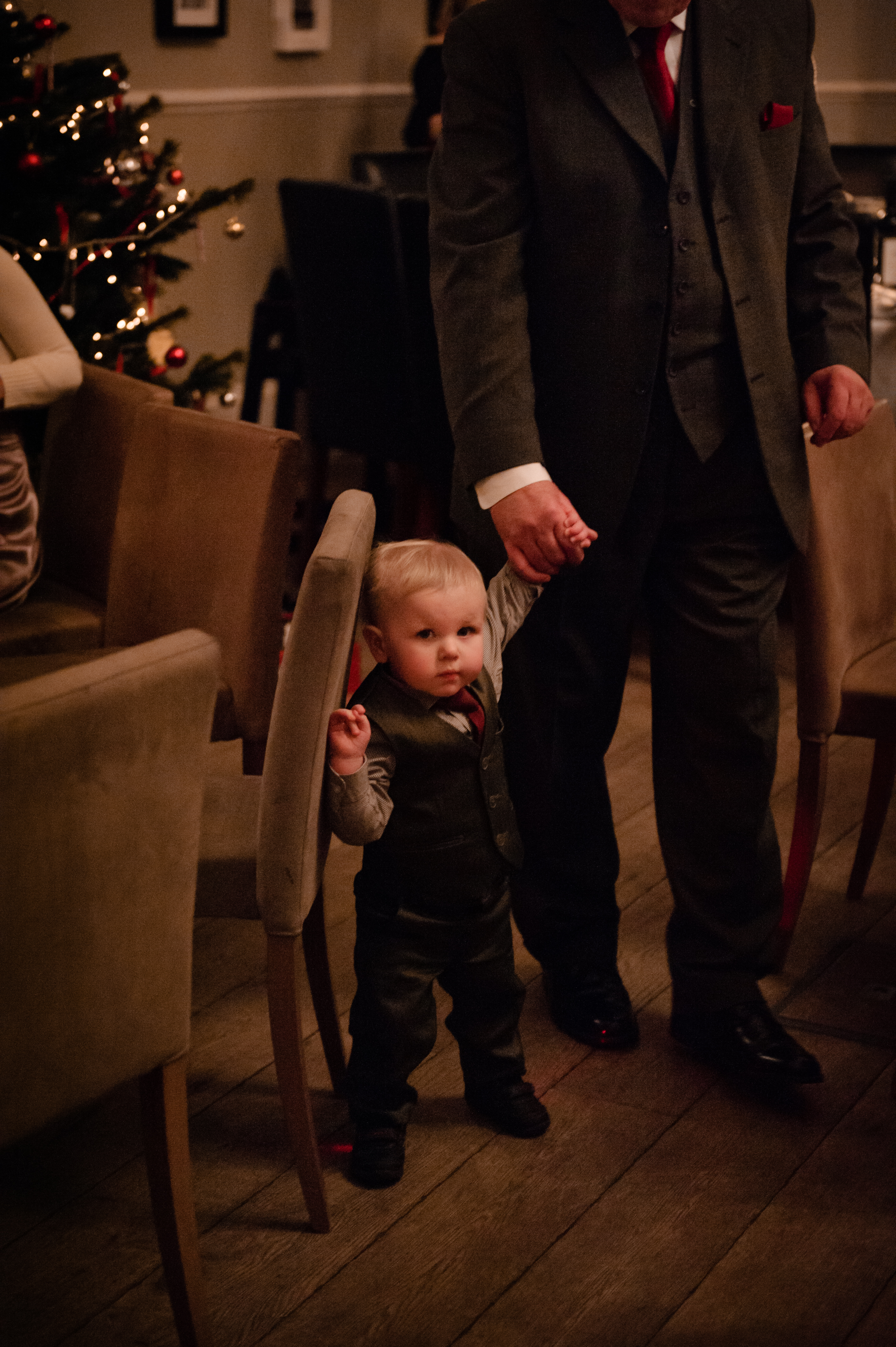 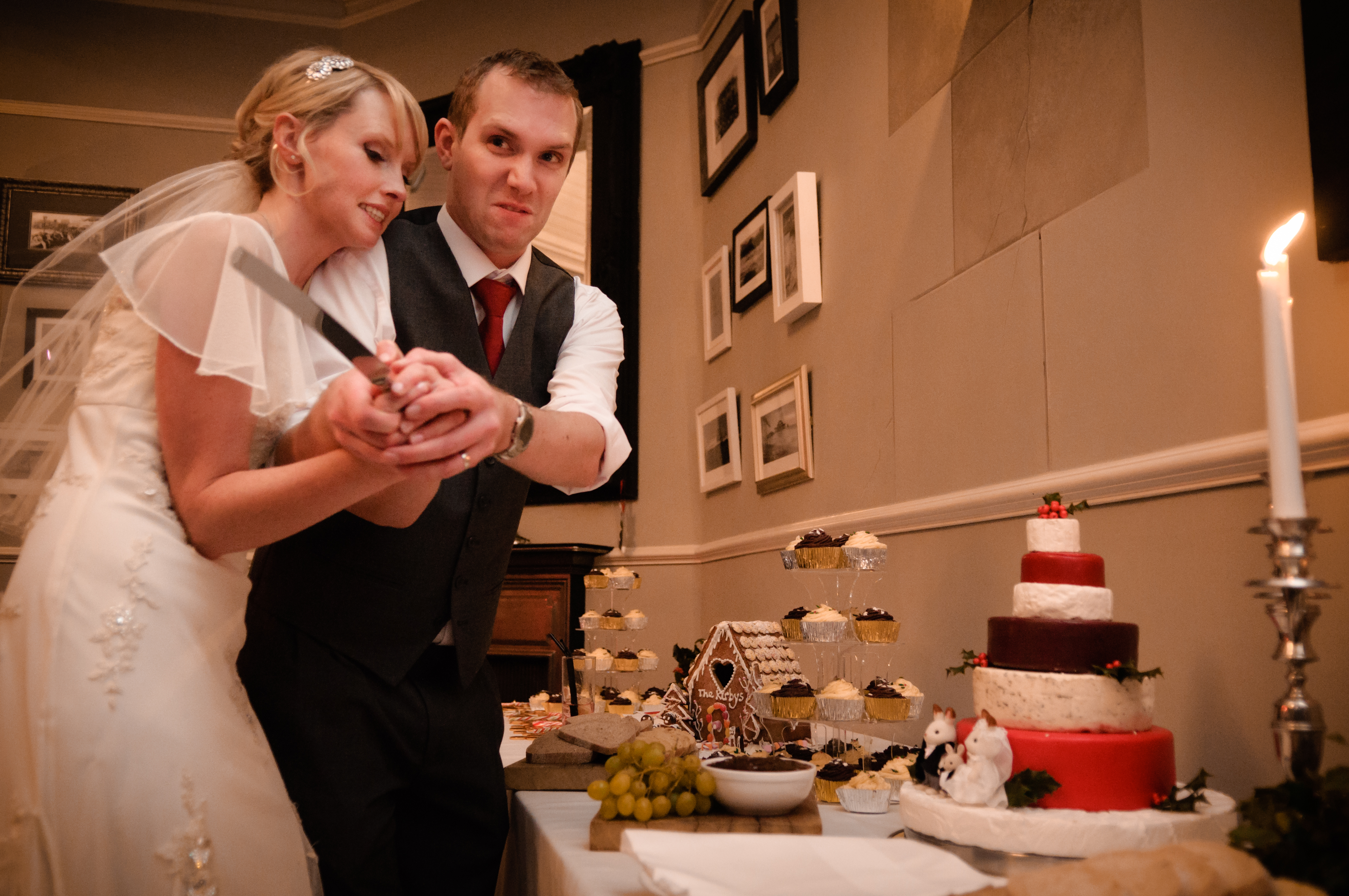 And had all of our best friends and family around us. 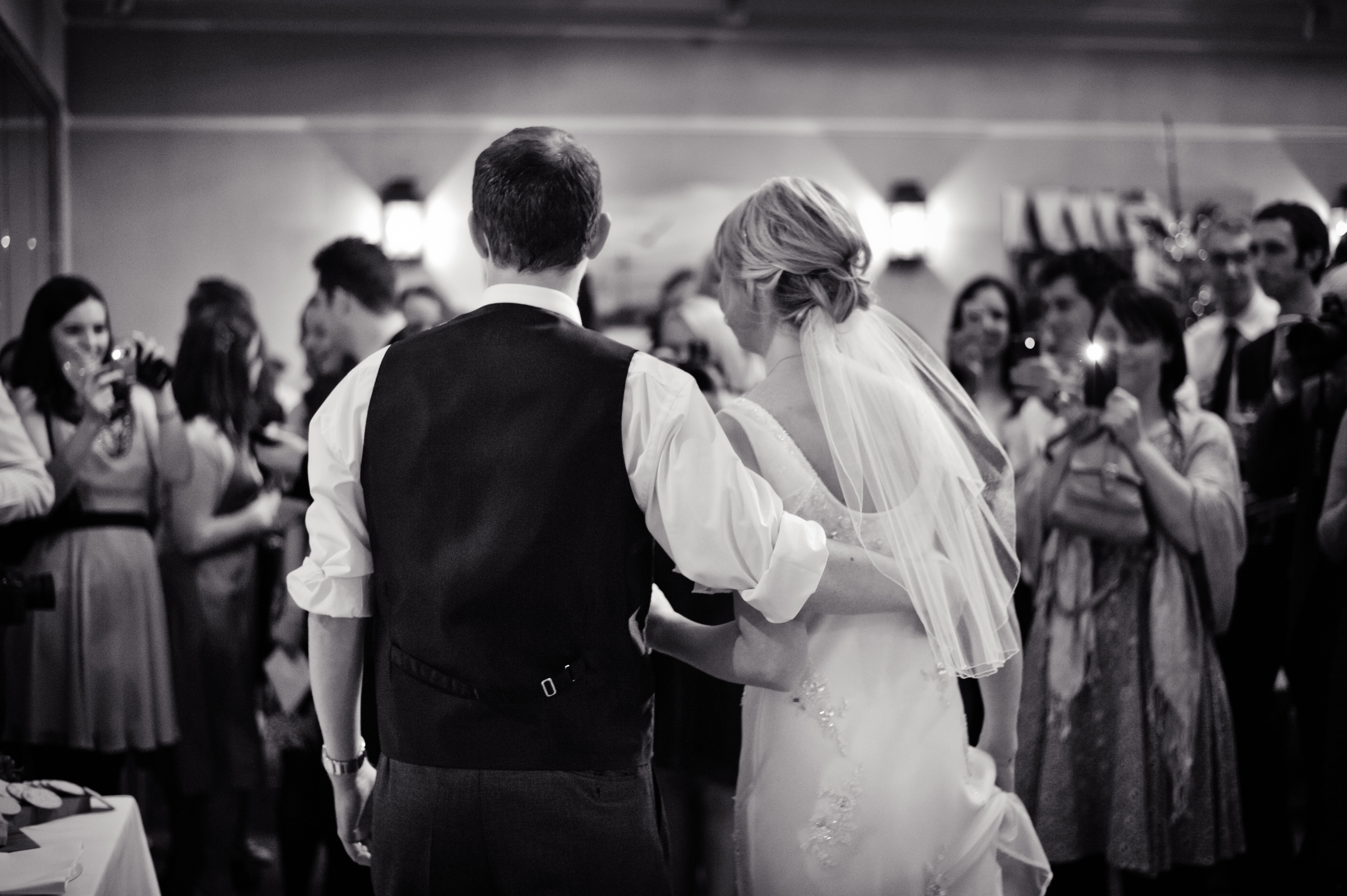 A fantastic Jazz band played for our first dance ‘Let There Be Love’, to our last dance ‘All I Want For Christmas Is You’. Don’t vomit all at once now. 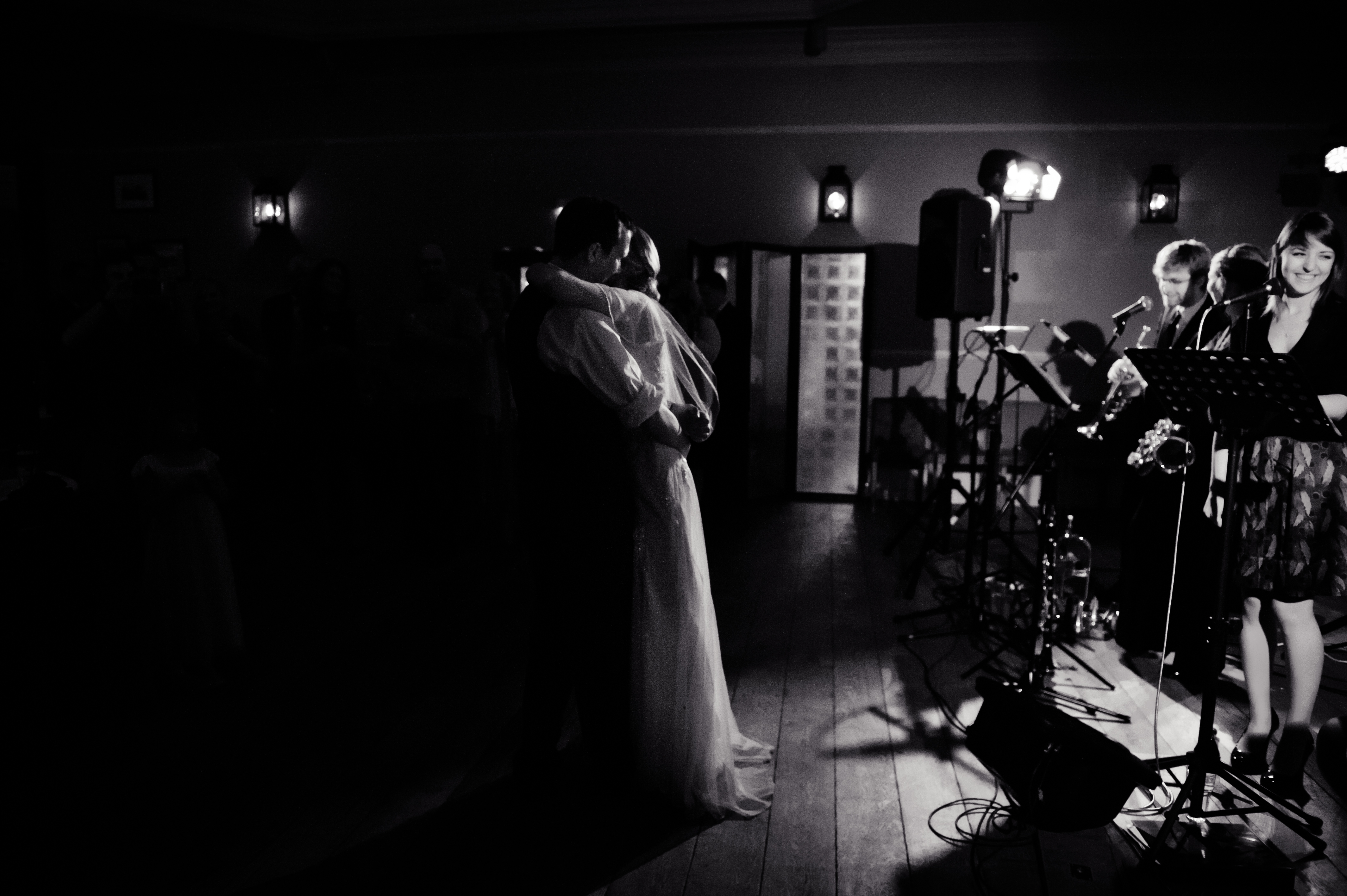 I wouldn’t say it was perfect because things in life rarely are but is was real and according to the wise old Skin Horse that is all that really matters.

First Reading : An excerpt from The Velveteen Rabbit by Margery Williams

“What is REAL?” asked the Rabbit one day, when they were lying side by side near the nursery fender, before Nana came to tidy the room. “Does it mean having things that buzz inside you and a stick-out handle?”

“Real isn’t how you are made,” said the Skin Horse. “It’s a thing that happens to you. When a child loves you for a long, long time, not just to play with, but REALLY loves you, then you become Real.”

“Does it hurt?” asked the Rabbit.

“Sometimes,” said the Skin Horse, for he was always truthful. “When you are Real you don’t mind being hurt.”

“Does it happen all at once, like being wound up,” he asked, “or bit by bit?”

“It doesn’t happen all at once,” said the Skin Horse. “You become. It takes a long time. That’s why it doesn’t happen often to people who break easily, or have sharp edges, or who have to be carefully kept. Generally, by the time you are Real, most of your hair has been loved off, and your eyes drop out and you get loose in the joints and very shabby. But these things don’t matter at all, because once you are Real you can’t be ugly, except to people who don’t understand.” 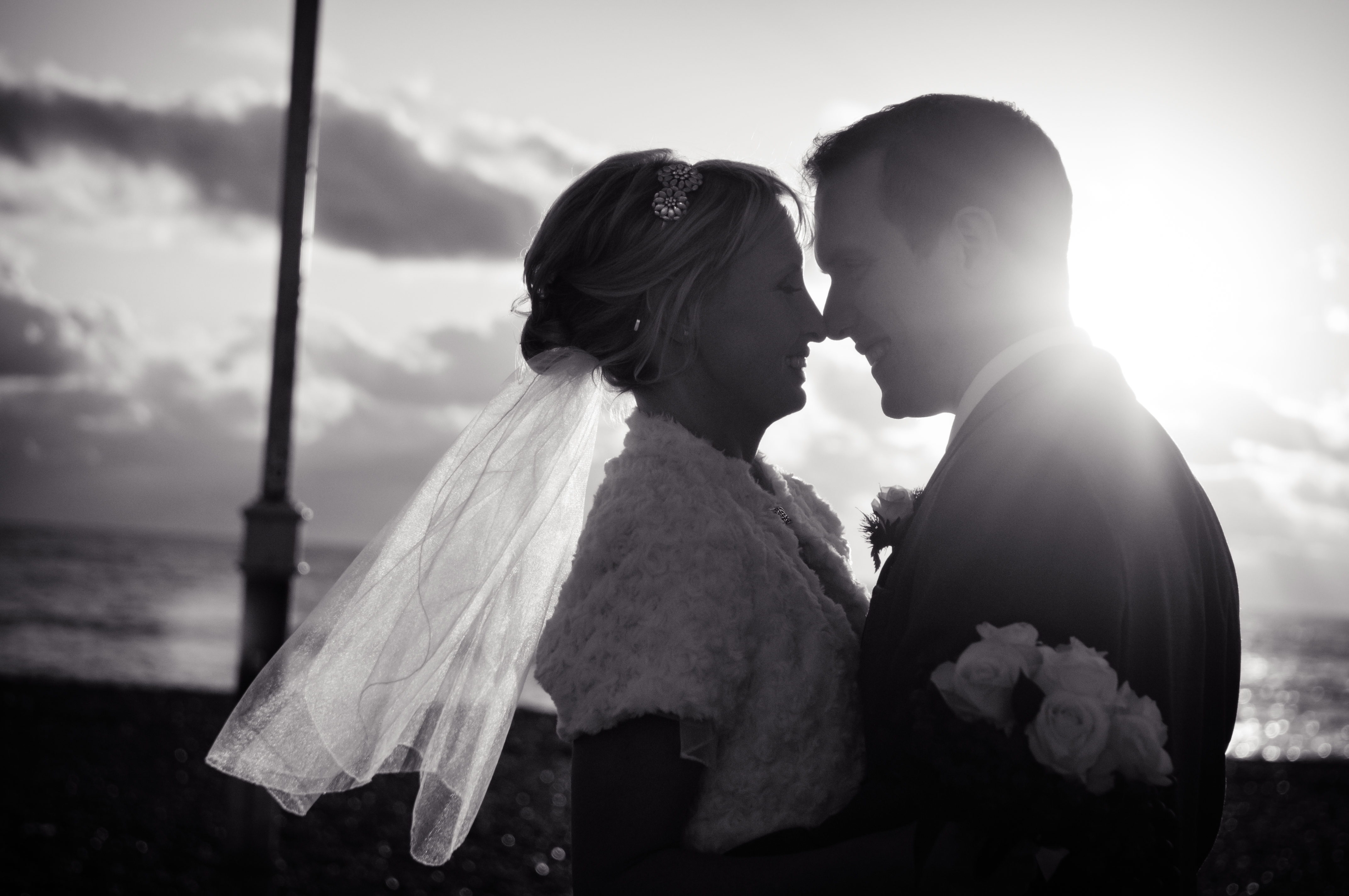 Can't draw very well but I never let it stop me.
My views are not my own.
New shop @hurrahforginshop is NOW OPEN! 🎉
Check it out here👇🏻

If i'm being completely honest I usually feel a se

Be kind to yourself, there is no such thing as per

It’s hard not to feel angry right now. There are