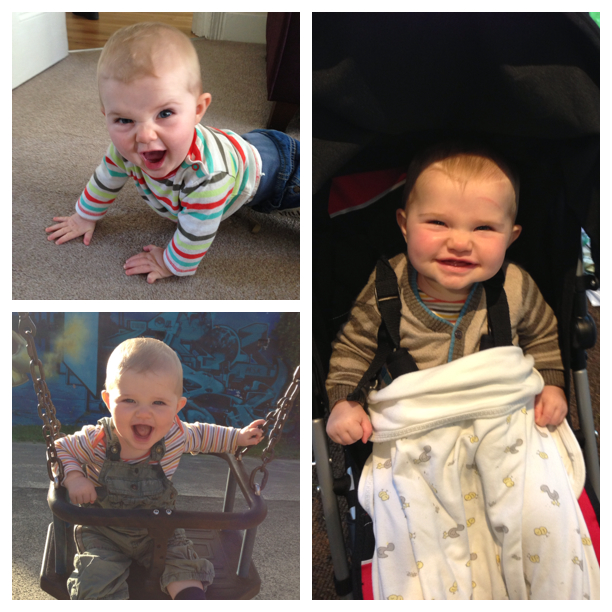 This is my littlest guy at just about to turn 8 months old. He’s just mastered crawling and there is no stopping him now. He is insanely interested in just about everything and is a complete PITA to breastfeed.

I never imagined that i would still be breastfeeding at this point – to be fair i didn’t imagine i would last more than a few weeks after my last experience. But we are still going, although i feel the days are drawing to a close.

My first son Little F was mainly formula fed and living in an area with high breastfeeding rates i often felt judged by other mums. I was the only one in my NCT group to formula feed. When i whipped out a bottle, instead of a boob, there were the inevitable glances of disapproval.

So now I’m on the flip side and I’m starting to get a few strange glances again. I have received a number of comments that have made me feel slightly uneasy. They are along the lines of ‘wow, STILL breastfeeding – are you going to stop soon?’

Maybe I’m paranoid and people are just trying to make conversation but I’m pretty sure there is a passive aggressive tone to what could otherwise be a harmless, but nosy, question.

Apparently the first time round i didn’t do it for long enough and this time round I’ve been doing if for too long. It seems it is much more socially acceptable to breastfeed for 6 months and then move onto formula.

For totally unrelated reasons I’ve decided we are going to stop soon. Feeding has become stressful when we are out as his nosiness causes awkward boob flashes/milk spurting and there is also a part of me that wants my body and a bit more freedom back. Oh and to be able to wear dresses again!

I’ve always said I’ve kept going this long for the convenience and so that I could eat more cake but deep down I think I’ve enjoyed it so much more than I let on. After the initial hurdles its been a great experience and learning curve and IF we were to have another baby I would definitely try to breastfeed again.

So little S is currently having one bottle of formula in the afternoon and is very happy with it as long as its nice and warm. The plan is to phase out another feed shortly and end up with just one at bedtime – I think I will find that one very difficult to give up.

Oh and before you ask – no formula hasn’t helped with his sleep, he is still waking up to feed most nights!

What do you think? Have you have any negative reactions from people for formula feeding a young baby or breastfeeding an older baby/child?

32 thoughts on “Breastfeeding an 8 month old”